“I’m very close to the trans community in Puerto Rico,” Salas Rivera said. “Many went without access to medicine or their hormones after the hurricane. Some are safe now, but there are still a lot of transphobic places in Puerto Rico. They are my people, so I wanted to help them.”

With the help of their campaign partner, Allison Harris, Salas Rivera raised more than $14,000 in a YouCaring online fundraiser. With this money, they were able to purchase plane tickets for five Puerto Ricans in the LGBTQ+ community to fly them to Philadelphia. Salas Rivera helped them find new jobs and new homes until Puerto Rico was secure enough for them to go back.

“A lot of things were happening at once,” Salas Rivera said. “People lost electricity and they lost their homes. I still talk to the five people I was able to help, but most have since moved back to Puerto Rico. My goal was to really stabilize them, not give them a permanent residence here in Philadelphia. Because the change of environment can be hard.” 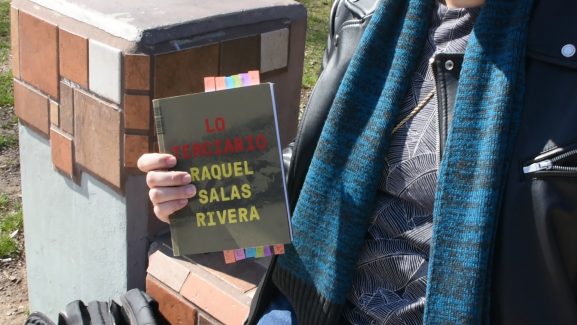 Salas Rivera is a non-binary and queer poet who moved to West Philadelphia from Mayaguez, Puerto Rico for graduate school and has been writing poetry since they were young. Salas Rivera’s latest novel, The Tertiary, is rooted deeply in Puerto Rico’s LGBTQ+ community and its past. Through their words, they hope to bring the community closer. 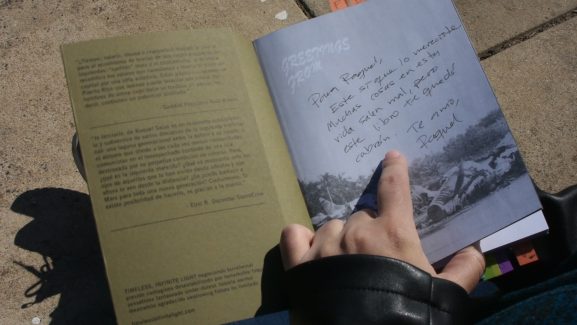 “I wanted The Tertiary to be published in both languages so that it was understandable for everyone—my people in Puerto Rico and my people here in America,” Salas Rivera said.

Salas Rivera carries around their own author copy of the book. They marked the pages with color tabs so that it’s easier to find both translations of a specific poem during public readings. 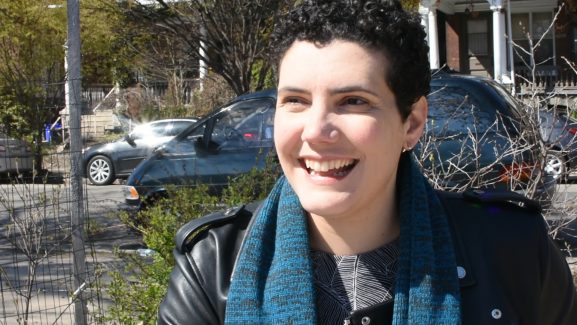 “I write all kinds of poetry, so I think my work can be for everyone,” Salas Rivera said. “Some might call my work experimental, some might call it an intersection of traditional Latin-American lyrical forms. But a lot of my poetry was written during a time of pain. I cried, and I still get choked up when I read some of it.”

As a transgender, non-binary Boricua who identifies as queer, Salas Rivera wanted to reach out to the trans community in Puerto Rico since they couldn’t physically be there with their “second family.”

“I’m really interested in creating more than inspiration with my poetry,” Salas Rivera said. “I want to create an experience. Sometimes when you tell people what’s happening, that doesn’t really do much. But if you approach it like your stance on an experience that you had, you can actually create something in poetry that allows people to feel.” 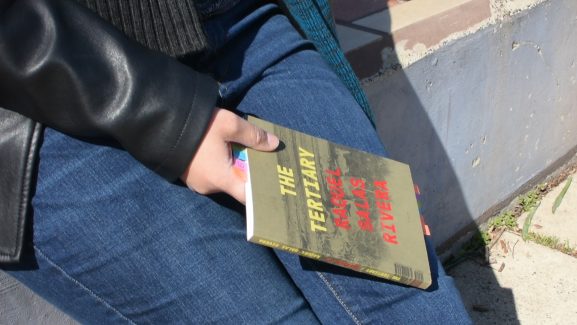 “The fundraiser was a way of keeping busy during a period in which we didn’t really have the space to mourn,” Salas Rivera said. “So I had this project and another project going at the same time. Helping others was my way of coping.”

West Philadelphia: A Beacon of Light for Expectant Mothers

https://vimeo.com/76840873] It happens all too often. A young woman finds out she is pregnant and does not know what to do. She does not know where to turn and who to ask for help. She [continue reading…]

Trapeta Mayson has lived in the Germantown community for 20 years. She has served as the executive director at Historic Germantown since August 2014 and feels like it is a perfect fit for her interests. [continue reading…]

Nine years ago, De’Wayne Drummond nearly lost it all. A lifelong resident of the Mantua section of West Philadelphia, Drummond had unknowingly fallen asleep in nearly six pints of his own blood at his home [continue reading…]