Thomas’ rigor is fueled by one thing – revitalizing North Broad Street. NBR, which was founded in 2015, adopted a five-year plan with certain goals her team needs to meet each given year for revitalization to be accomplished. These came about after more than 150 surveys were sent out into the community asking community members what they hoped to see from organizations like NBR.

Keeping the community involved in the revitalization process is important to Thomas. She’s experienced first-hand the tendency of associating the struggles that exist in low-income neighborhoods as the norm. But because she has seen neighborhoods at their worst, her desire to stabilize the community is what keeps her motivated.

Thomas grew up on a tight block off of Broad Street and Erie Avenue, where her family still lives. Because of this, she is able to comprehend the needs of her community. She points out that it would have been a different situation if she would have not been familiar and closely knitted with the community. 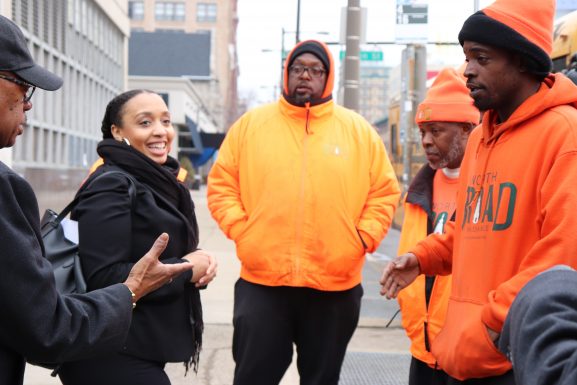 “One of the things I most appreciated working with Shalimar is her spirit of collaboration,” Kevin Moran said, Fairmount Community Development Corporation’s executive director. “All of us doing this work in our own different neighborhood know that we’re only as strong as the neighbors who are next to us. There’s a real kind of collegial and collaborative spirit in which we do all of our work. I think Shalimar, just being an open and willing collaborator, has been a significant asset of ours at Fairmount CDC.”

The work that Thomas does with NBR always brings her back to her childhood peers.

“I had a meeting at Zion one night with other similar organizations because we collaborate a lot,” Thomas said. “Leaving that meeting, I was walking out and I was like, ‘Mr. Jones!’ That was my 5th grade teacher. You can’t have that engagement where you’re not familiar and I love that.” 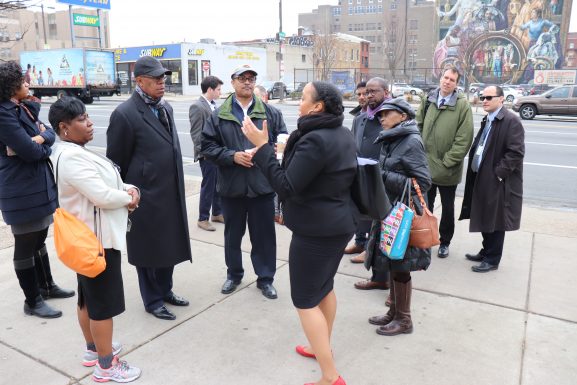 She remains motivated to drive the community to success as to her, it is about understanding her community and their needs.

“It’s a tremendous honor,” Thomas said. “Im really super humbled and excited. I love my job and a big reason is because of that – because I’m in this position to create positive change in my community.”

Thomas described herself as a queen at compartmentalizing. Outside of the work setting, she plays her role as a wife, mother and grandmother which is different from what she does at NBR, yet intertwined at the same time. Her job as executive director is to manage the NBR’s budget and finances but at home that responsibility is passed on to her husband. Somehow, learning how to manage a budget was a skill she first learned from managing a household. 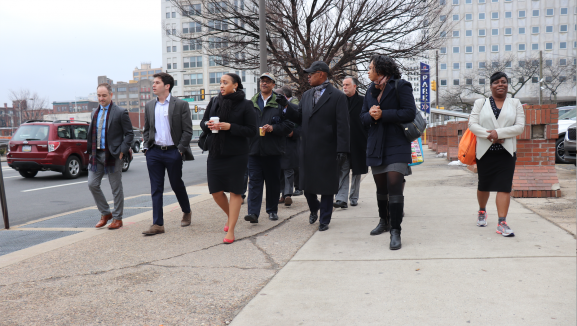 This is why she said she is comfortable building up organizations. Her work at home helped her raise and manage NBR, which lacked things like a phone number or an office space at the very beginning.

“The leadership of Shalimar and other minority women is so important because it’s reflective of the community that we serve,” Pennsylvania State Representative Donna Bullock said. “There are a growing number of African American women and Latino women and other minority women who are opening businesses and to have a leader like Shalimar saying, ‘This is how we’re going to support you and bring you to partake in the development in the community’ [is important.]’”

But being a woman in the workplace comes with needing to know which lines to draw and norms to break. At work, Thomas is careful to adopt a culture that is stereotypical, a culture she said is prevalent when it comes to women in the workplace. She usually enters meetings where it’s mostly or all men. She confessed that name-calling is something she does not allow. Just because she is a woman, some men may feel allowed to call her “sweetie” or “honey.”

“What? Like, I’m your colleague,” she said. “Men did that to make us to make us feel like less of a business person, and now you’re doing it too? No, call me by my name please. It’s Ms. Thomas.” 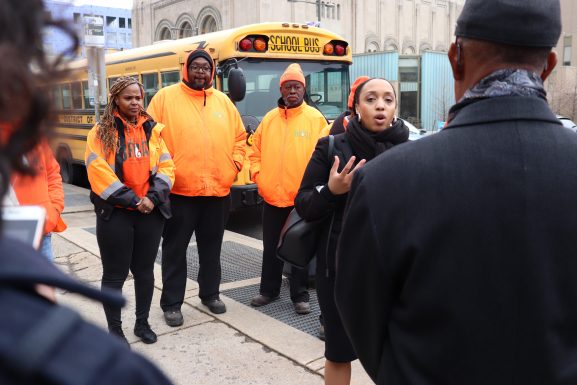 She tackles workplace cultures that she believes do not promote inclusivity. As a woman, she worries about looking too extravagant and being pinned with titles such as “too sexy” and running the risk of not being taken seriously. She believes this is something no one – not even a woman, should have to think about or sacrifice beauty for.

“Generally speaking leadership opportunities just aren’t as available to women and minorities,” Moran said. and. “Shalimar carries a lot on her shoulders in being a female person of color, running such a strong organization. But the other really important thing too is that she is setting an example to future generations as well.”

-Text, video and images by Maryvic Perez and Unique Ratcliff.

[vimeo 90075147] As the sound of screeching metal grew louder, inhabitants flocked to the corner of 28th Street and West Girard Avenue. They did a quick wave and the trolley halted, allowing eager passengers to hop on [continue reading…]

Tucked away in the hustle of Girard Avenue is a brightly displayed building, decorated with colorful flowers and small window designs. This office is on a mission to clean up the neighborhood and return the [continue reading…]

Artist Robert Woodward, better known as Peanut Butter, has worked from his studio at the corner of 18th Street and Fairmount Avenue since 2000. It was not until this past November that he put up [continue reading…]