For adults who have recently immigrated to the United States, whether working or unemployed, daily life can often be a struggle in and of itself. Resources to cultivate educational opportunities or to develop second-language skills may be more scarce than one thinks, and a life of poverty and feelings of being an outcast are sometimes the unfortunate result. 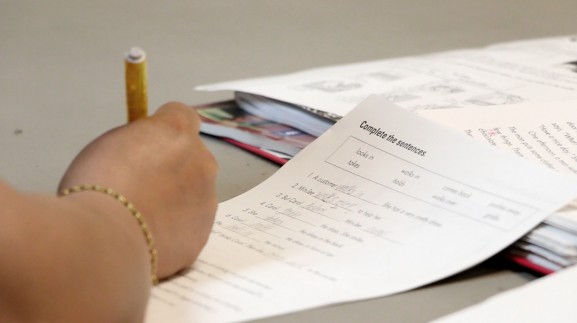 In addition to their programs, NWA also provides help with the abundance of red tape and hoop-jumping required to become an American citizen, translation services, assistance with welfare services and more.

With the exception of programs such as the CNA classes, all of the services provided by NWA are free of charge.

The staff at NWA places an enormous value in being dedicated to their jobs.

“It’s sort of like a family,” said Faison, “but at the same time, we can pull together, almost like an army, to get something done.”

That very point was illustrated during the interview process, when Alex Shraybman, president of the organization, presented Faison and Marina Lipkovskaya, the executive director, with a failed citizenship interview recently received by one of their students.

The error had resulted from a misunderstanding of a question due to the wording choice.

Immediately, all three employees stopped the interview to review the application, discuss the wording and research precise definitions of the words used in order to share the results with the student and avoid the scenario in the future.

Lipkovskaya, who immigrated to the United States from Ukraine 12 years ago after her children came to the country, expressed great frustration at the current state of the immigration system when it comes to transferring educational experience.

“When I came to this country,” said Lipkovskaya, “I had my bachelor’s degree and it was very easy. I just sent my documents to World Education Services and I received my equivalency of a bachelor’s in America to teach ESL. Now, they’ve changed the process. Now, the country itself, the country from which [the person] came, their department of education has to send the documents instead of that person.”

These struggles were illustrated by Francisca Fernandes, who taught at the college level while living in Portugal. She found that miscommunication between her home country and the United States was keeping her degree from transferring along with her.

Fernandes moved to the United States with her husband, an American, after they married. She is currently taking ESL classes twice a week at NWA and is also beginning their CNA training program.

“Not knowing English, I felt blind,” Fernandes said of her initial experience in the country. “Sometimes, I just wanted to go back.”

She also noted, however, that having people in one place going through similar difficulties made things easier.

In addition to the language barrier, Faison discussed the situation that immigrants such as Fernandes and the NWA’s own Shraybman face when their educational experience in their country of origin doesn’t transfer easily – or at all – to America.

“I had Ph.Ds in my classroom,” said Faison. “I’ve had medical doctors in my classroom. Lawyers. Psychologists. And they’re working at Dunkin Donuts and living in a room with four or five other people they don’t know, no TV, getting up at 4 or 5 in the morning every day and sending money back home. And not complaining. I thought, ‘Who would do that, if they were born and raised here?’ Not going to happen.” 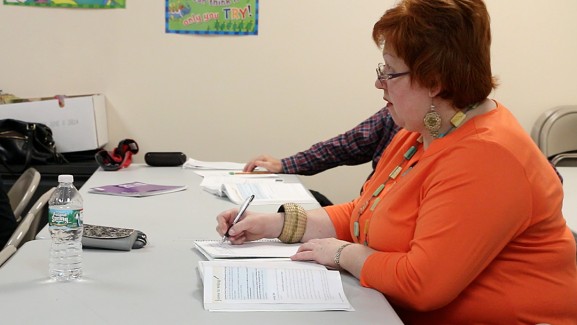 All three agreed that funding was the biggest issue that NWA faces.

“The for-profit corporations? It’s their world,” said Faison. “Nonprofit work is even mocked sometimes by people who have been making money on their minds. What nonprofit is about is finding money from some source that believes in what you’re doing. So, every year, you have your hand out. And that’s wrong, because social services should be an honorable thing.”

The fact that some of the people working for NWA are immigrants who have been there themselves is what makes the organization unique. Rather than facing the stereotypical apathetic government workers, immigrants can receive help from people who understand their difficulties more than anyone else ever could.

When asked whether NWA had helped to make the transition to life in America a little bit easier, Fernandes laughed.

– Text, images and video by Alyssa Luchette and Casey Kallen.

Northeast Philadelphia is home to many people of different cultures, creating many stories that have an ever-changing effect on the city’s development. The diversity in this area is so strong that significant events and programs [continue reading…]

What started as a two-person weekly exercise routine at a local park blossomed into an almost 200-person expression of cross-cultural understanding in the Mayfair section of Philadelphia. “Exercise in the Park,” as locals refer to [continue reading…]