Khadijah Muhammad, the on-site supervisor at the Miles Mack Recreation center, prepared about three dozen hot dogs for neighborhood children after school on Friday, Sept. 14. Every day, she makes lunch for children that come through the recreation center, located at 36th and Aspen streets.

She pays for most of the food out of her own pocket and has waited all summer for city officials to start offering promised after-school lunches. On this day, someone from the city came, but only with more paperwork.

Miles Mack Recreation Center is one of the sites chosen under Mayor Jim Kenney’s Rebuild Initiative for improvements. The program is designed to invest hundreds of millions of dollars to revamp neighborhood parks, recreation centers, playgrounds and libraries across the city.

Although Rebuild is a relatively new initiative, talk of fixing up Miles Mack has been going on for years, according to Muhammad. She said all centers are supposed to have two assistants to every supervisor. That has never been the case for her.

The supervisor painted the inside of the center herself without any outside help from the city. She provides meals for students after school and even creates after-school programs for students. 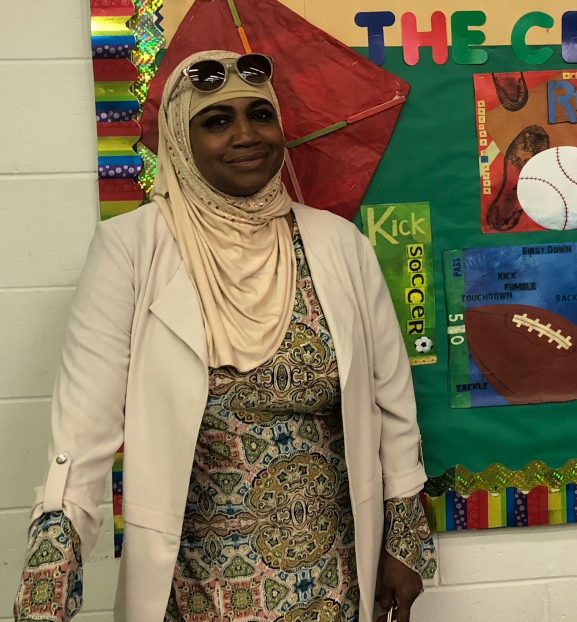 Muhammad (pictured above) knew the center was on the Rebuild list for the past two years but has no idea when the site will get aid. A bulk of the program is funded by Philadelphia’s beverage tax, which was implemented in January 2017.

Mayor Kenney received the greenlight to use soda tax revenue for Rebuild after the Pennsylvania Supreme Court upheld the soda tax in July 2018. The city needed court cases challenging the soda tax to be adjudicated, and ultimately dismissed, before Rebuild plans could continue. The majority of the budget for community recreation centers came from bonds set to be repaid by the beverage tax.

“Rebuild is in the process of selecting the organizations that will manage the first six Rebuild projects,” said David Gould, deputy director of community engagement and communications of the mayor’s office.

Rebuild is in the process of developing a schedule for other sites to be launched, Gould said. The expectation is new groups of projects will be launched every two-to-three months, though Gould did not mention Miles Mack specifically.

According to Muhammad, no one has come to the site to even talk about the recreation center yet. Mack was also supposed to get help from the Philadelphia Parks and Recreation and Promise Zone, a similar initiative under former President Barack Obama’s administration.

“We need more participation from the mayor and politicians to help out,” Muhammad said. “When things are remodeled, it’s always the Northeast. They never come here in African-American neighborhoods.” 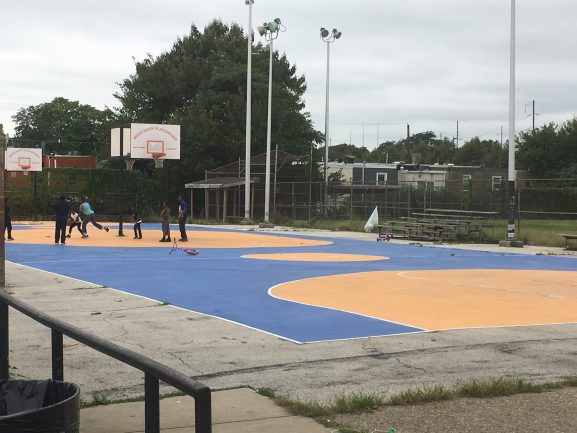 When the money does come, Muhammad emphasized how much she wants cameras around the premises for security purposes, fearing for her safety as the only one at the playground. After that, she would like another center to cover the large area she has to monitor.

Until that day comes, she will continue to walk the grounds, make schedules and take care of the neighborhood children all by herself.

“I want to help my people here have things that people over there have,” Muhammad said.

In 2011, The Philadelphia Water Department set off on a 25-year initiative known as “Green City, Clean Waters.” The plan was straightforward in theory – reduce stormwater pollution entering Philadelphia’s sewer system through the use of [continue reading…]

Members of the LA Fitness in West Chester have gained more access to gym amenities. Recently, the gym opened its basketball court. This was the first time the court has been open since pandemic restrictions [continue reading…]