The corner of Kensington Avenue and Somerset Street in Kensington is amongst the most notorious drug corners in the city. Heroin draws addicts and dealers, making it an open playing field for crime and violence, and for many, death.

Around this corner is a building, which houses a man with a message that just might save his community. 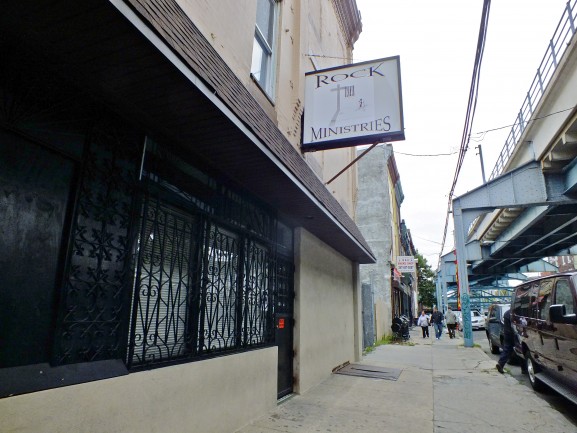 Buddy Osborn is a 56-year-old husband, father and lead pastor at Rock Ministries. The Rock doubles as both a boxing gym and a non-denominational church for the greater Kensington community.

The message is simple: “Scripture says there’s one medium between God and man– that’s Christ” Osborn said. “We introduce them to the gospel and the gospel means good news. And who don’t want good news?”

He began boxing at a young age while growing up in Kensington and eventually, he competed in national competitions. In spite of his success in the sport, he headed down a troubled path. 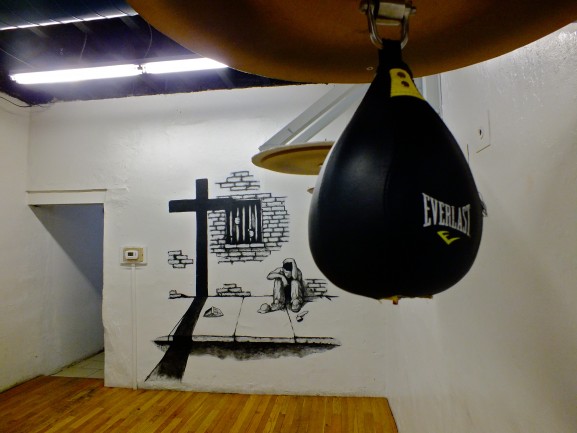 Osborn was labeled a “non-conformist” by a psychiatrist at age 10. A police officer prophesied to his mother that he would spend years behind bars. The officer was right. He would serve five years in prison.

At 8:30 pm on December 31, 1995, Osborn gave his life to Christ. It was the night that changed his life. He decided to use his greatest passion to reach the at-risk boys in his community that mirrored his past.

“I’ve realized that if you’re going to reach kids with the gospel of Jesus Christ, you’re going to need bait,” he said. “They like boxing. I’m looking for the kids that have no hope. They wanna be a thug? These are kids that we’re drawn to. It teaches them discipline. It teaches them to listen because they’re listening to instructions. There’s so many attributes that kids learn through boxing that can help them with their lives.”

Osborn said that many kids who are raised in the inner city and adopt a thug lifestyle end up in prison.

Boys who want to box at the gym must attend weekly bible studies led by Osborn. Many of them grow up with the Rock, finding a greater purpose through the pastor’s message of hope, as they turn away from the streets. 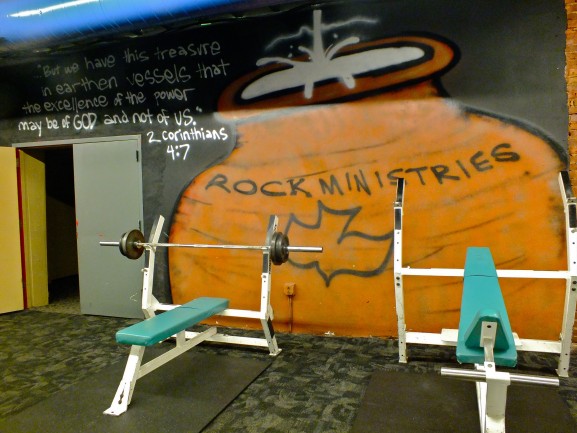 He has spent more than a decade building a strong feeling of community through his ministry.

“When you step inside this place, you’re a brother,” said Will Tolbert, a volunteer.

In fact, the Rock runs entirely on parents, volunteers and missionaries who support Osborn’s mission.

“My son’s been coming here for a long time,” said parent volunteer Carlos Ortiz. “He started when he was 8 and now he’s sixteen. I heard they needed more people to take care of sign-in, so I started coming more often.” 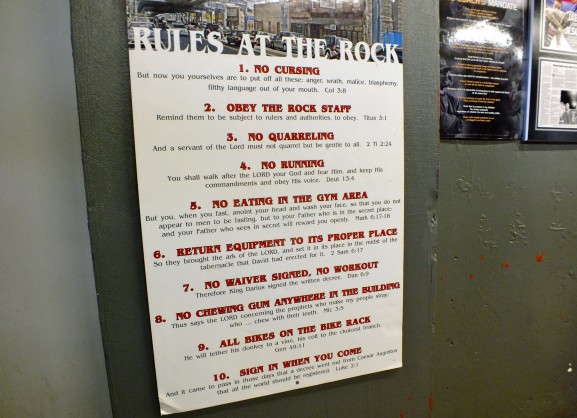 Nobody at the Rock receives pay. All donations are put straight towards “running the building and blessing the kids,” Osborn said. He wouldn’t have it any other way.

“I tell people now that I feel like I am a professional athlete that loves what they do [except] I’m just not getting paid!” he said. “Hey, I love that. I’m good! Where God guides, he provides.”

Many other outreach programs have grown out of the pastor’s original vision – including a Thanksgiving dinner feeding hundreds of families in Kensington. The ministry has created a safe haven for prostitutes to receive love and care, and they are building a small homeless shelter. 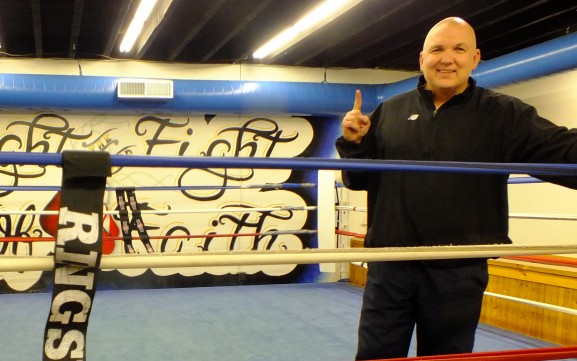 Osborn also seeks to improve his community one block at a time by partnering with the city to provide necessary cleaning tools for block captains to lead others in sweeping outside their homes.

“I often say to people that it’s now how you start but how you finish,” he said. “This is where I want to finish.”

-Text, images and video by Elena Hart and Andrew Sifari.

Amateur Sports: 4 Places to Play for the Love of the Game

In high school, sports were considered an extracurricular activity. Once the “glory days” are over, continuing to play those sports is strictly for the love of the game. No matter who you are or where [continue reading…]