And Still I Rise, a youth development program for children ages 8 to 18, opened in May. It received its name from a poem written by the late Maya Angelou.

“You may trod me in the very dirt / but still like dust I rise,” reads the last two lines of the first stanza.

Executive director and co-founder Krisha Coppedge (below) explained that part of her inspiration for this educational undertaking came when she was parked in her car outside of her church. She had spotted three young boys – whom she would eventually mentor in the beginnings of the program – playing on a truck in the lot across the street. 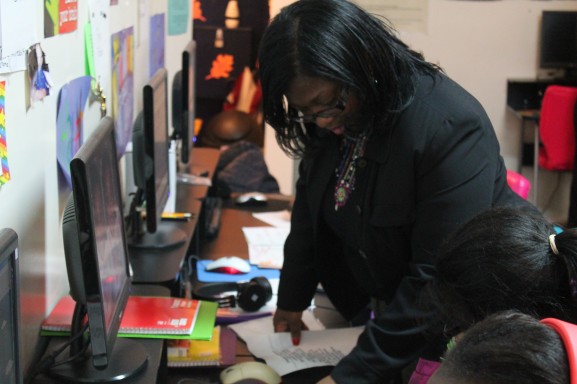 “They were running up and down the street with nothing to do,” she said. “It’s almost like they have no hope, no dreams. They were searching for something to do.”

Leasing out the former site of her church on 31st and Cumberland streets and investing her own money, Coppedge was able to provide a space to give the children something to do.

The majority of the students currently enrolled in ASIR are between the ages of 8 and 13. Coppedge hopes that she can bring up the community by adding to the education of these children.

Students at the two neighborhood K-8 schools, J.G Blaine and Ethel Allen, scored at the lowest performance tier on standardized tests, according to 2012-13 district-issued school progress reports. J.G Blaine ranked 51st out of 98 elementary schools in the city, while Ethel Allen ranked 83rd.

ASIR fundamentally focuses on providing children with the confidence and support needed to succeed in the realm of education. Parents must pay a one-time fee of $45 for their children to participate, and currently they serve about 11 to 15 students per day, a small drop-off from their original 20 to 30 students in the summer months.

“Once they had someone to tell them that, regardless of what educational level you are on, that it’s not too late to change it, you could see their motivation beginning to rise,” she said. 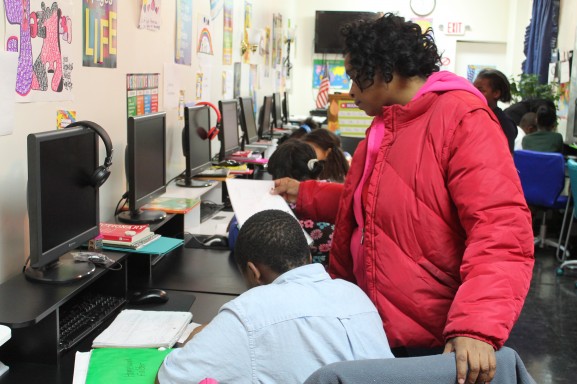 Michele Clark (above), a teacher at ASIR and parent to one of the students enrolled, has had a front seat to the change. When her 10-year-old son first began in July, he was reading at a kindergarten level. He has now progressed to a fifth-grade reading level.

“The secret is patience,” she said. “We take ‘can’t’ out of our vocabulary.”

The niche that this program fills is not only educational. It also fulfills a longstanding request from community members to keep the children off the streets. In the 2004 Strawberry Mansion Community Action Plan, activities for youth was rated as a top concern among residents.

Educational programs at ASIR have now sprouted into community projects and an overall sense of pride emanating from the students for the place where they live, said Coppedge.

According to Coppedge, students have participated in gardening days, the Mural Arts Program, a bike-a-thon and walk-a-thon as well as various prayer vigils.

“Their visions for their lives and the life of the community has expanded,” she said.

This new consideration for their home community of Strawberry Mansion is reflected in some students’ future career aspirations.

“I want to be a vet. I really like animals and I really want to be someone who can help out the community,” said Karim Amaro, 10, who spent one afternoon at ASIR busily scribbling away at a series of long-division problems.

Fellow student Briann Wilkerson (below), 10, added that she wants to grow up to be a paleontologist. 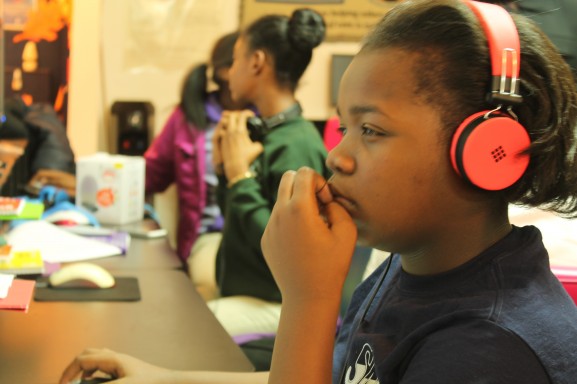 “I am going to come back and give Dr. Coppedge a lot of money,” she said. Coppedge let out a chuckle.

“It goes much further than just themselves, their families, where they live in their home and school,” Coppedge said. “Our kids, they look out past themselves.”

ASIR teacher Connie Folly describes the transformation that she has seen in her students as “amazing.”

“They know that we love them and we are in this together,” she said. 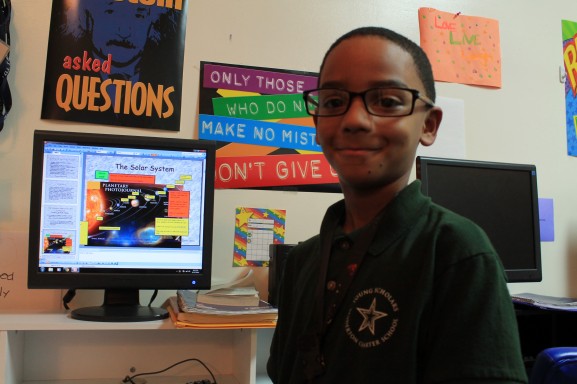 In the future, ASIR is hoping to launch an additional program called “It’s Not Too Late,” geared toward an older demographic as a GED program. Coppedge is also hoping that if additional funding is received from either federal or private sources, ASIR can begin to hire community members and stimulate employment within the community.

“It all goes full-circle,” she explained.

When Coppedge examines the state of Strawberry Mansion – its poverty, high youth crime rates and a neighborhood high school that just recently came off of the persistently dangerous list – she said she begins to cry.

“If something was not done, what would happen to the neighborhood?” she said.

Even in the face of this blight, Coppedge believes that by beginning with these youth, a difference can be made. Strawberry Mansion as a whole, too, will rise like dust.

“And still we rise. No matter how bad [Strawberry Mansion] has been portrayed – the school and the community and those children, they are just kids,” Coppedge said. “They just need someone to give them a chance. [ASIR] was the best name that I could have come up with because, regardless of the circumstances, they can still rise above all of that.”

It’s a little after 5:30 on a Friday evening, and the teens are anxiously waiting for ballet class. Before lacing up their pointe shoes, they run through an intense warm-up routine, meticulously extending their limbs […]

More than ten years ago, Rudard (Rudy) Robinson decided that it was time to give something directly back to the community of Kensington. From years of homelessness, to time spent doing outreach for Congreso, Robinson […]

Eighty-eight-year-old Gladys Meade, better known as Momma Meade, has been a vocal community activist and a guardian to countless youths in Strawberry Mansion for the past 60 years. Nearly every committee chair knows her name […]