In the heart of Kensington, one corporation has made it its mission to be a source of hope to everyone, from children to veterans to recently released inmates. The multitude of projects currently in development are set to have significant impacts on the community.

Impact Services Corporation has been serving the Kensington section of Philadelphia since 1974. Employment training services, economic development and community development are the three major areas of service that Impact strives to employ in the Kensington area.

“Impact is responsible for getting over 26,000 Philadelphians into work, which we’re very proud of,” said Casey O’Donnell, chief operating officer and upcoming CEO.

Funding plays an important role for the multiple areas of service that Impact provides.  According to O’Donnell, one-third is devoted to veterans housing while about half goes to employment and training. 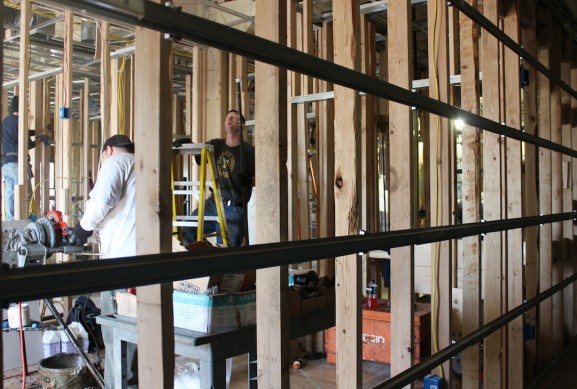 O’Donnell believes that the one area that is currently in need of support is the re-entry program, which provides services and training to those recently released from prison.

Two of the major aspects of the reentry program include the ID program and the court-involved youth program. The ID program works with the prison system to provide identity documentation, such as non-driver IDs and birth certificates to recently released inmates.

The youth program provides services to those who served time in juvenile detention, generally between the ages of 18 and 21. The program works to aid in job search, career readiness and career exploration. It strives to provide work-based learning opportunities for those who seek the program’s assistance.

According to Jason Cosley, director of re-entry/parenting services, the program mostly sees men between the ages of 22-40. But the number of women has been steadily increasing over the last five years.

Part of the process of going through the re-entry program is preparation for reentering the job force. According to Cosley, the various stages of the program depend on what the person comes in the door with.

“We help folks go through life-skills training, learning how to conduct job search, preparing the résumé and interviewing skills and even clothing,” Cosley said. “We try to eliminate barriers to employment.”

In addition to the reentry program and the veteran’s housing program there is another major area of Impact that has been working to make a difference in Kensington. The community development and outreach program focuses a lot of their efforts on providing a safe environment for local youth.

Impact’s current community plan is called “The Heart of Kensington Plan” because it provides redevelopment and support to the areas of Kensington that need the most aid.

One of the major projects currently still in development is the restoration of McPherson Square Park. McPherson has become a beacon of hope for the surrounding community since its cleanup project began back in 2012. 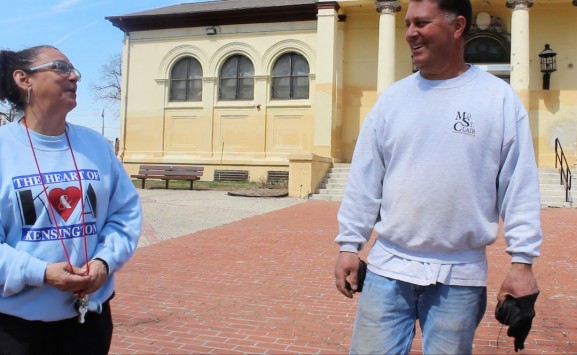 Formerly known as “needle park,” the square now has a newly built playground that was funded by the Wells Fargo Center and Philadelphia Flyers.

The cleanup project was an important step in Impact’s plan to revitalize the community.

“McPherson epitomizes what Impact has been trying to do in Kensington,” O’Donnell said.

Awilda Ocasio, the community outreach coordinator at Impact, has worked for the past nine years to provide a safe environment for the youth of Kensington.

“I try to make a better living life for the kids in the neighborhood,” Ocasio said. “We have a lot of kids and some of these kids don’t even have a place to go and play. Our streets are so bad with drugs and danger.”

One of the ways in which Impact has worked to provide safe outlets for the kids was partnering with the Philadelphia summer program and creating the Play Streets program. 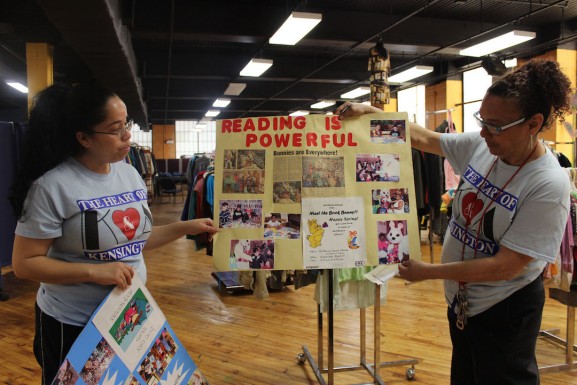 The Play Streets program was developed for kids who don’t have the opportunity to attend summer camp. Select streets are roped off to allow for the kids to create a makeshift camp where they are provided a free lunch and activities.

According to Ocasio, the Play Streets program has thrived due to the efforts of block captains who work on cleanup projects during the spring and work with the kids during the summer.

“It takes a beautiful person to become a block captain,” Ocasio said.

One of those block captains, Elvis Lopez, had actually gone through Impact’s welfare to work program after losing his job during a custody battle. Lopez was then formally hired and has been with Impact for the last 10 years.

Lopez, who grew up in the area, has witnessed the progress Impact has made in the area.

“I get to see a lot of the stuff Impact has done for the community. There’s been a lot of work,” Lopez said. 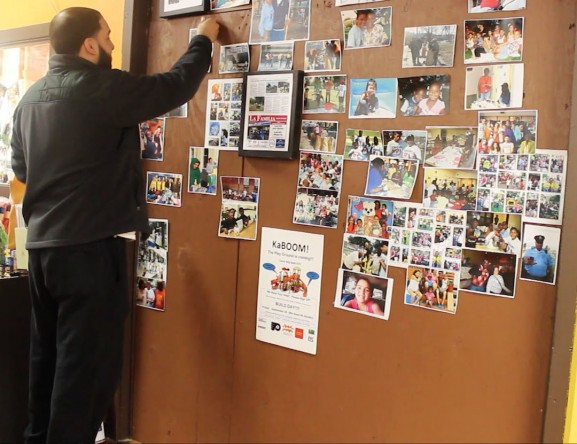 McPherson Square Park has provided an array of safe activities/events for the kids including movie and karaoke nights. The library that rests in the center of the park has also been under restoration in order to provide another outlet for the kids in the area.

Ocasio believes it is a great feeling to know they have accomplished something in the community.

“You get such a good reward in your heart knowing that these kids have gotten something,” Ocasio said. 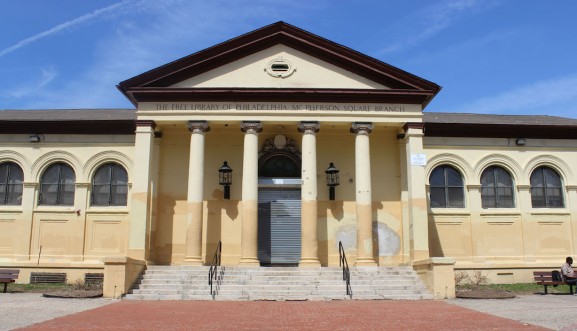 – Text and images by Caitlin O’Connell.

The Oxford Circle Police Athletic League is part of a nonprofit organization that seeks to build relationships between police officers and children within the neighborhood. Its goal is to keep kids off the street and to give [Read More]

The corner of Kensington Avenue and Somerset Street in Kensington is amongst the most notorious drug corners in the city. Heroin draws addicts and dealers, making it an open playing field for crime and violence, and [Read More]

It is not an exaggeration to say that there are hundreds of concerns that come to mind during the process of buying a home. From qualifying for mortgages to what to look for in a [Read More]