In 2016, Philadelphia will be going through a change. City Council districts will be changing and bringing areas under new direction and jurisdiction.

The Councilmanic Districts bill, passed in 2011 by City Council, states the change to district lines, and that the new lines “shall not affect the elected members of Council during the term ending the first Monday of January 2016, nor shall it affect the powers, duties or functions of their offices or of the Council or its officers during such term.” 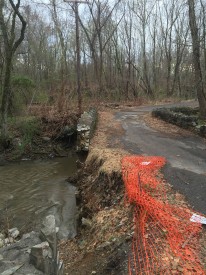 Additionally, the bill states, “The new district boundaries, as amended by this Ordinance, shall apply only to the nomination and election of the members of Council whose terms of office commence the first Monday of January 2016, and thereafter.”

According to Sarah Cordivano of Mapadelphia in an article with the Philadelphia City Paper, 150,552 people will be located in new districts. One area of the city that will experience a major change caused by the district lines is the Far Northeast.

The Far Northeast has comprised portions of Districts 6, 7, 9 and 10. But beginning with the primary election on May 19, when the new district boundaries take effect for voting purposes, the area will include only the 6th and 10th districts.

Eric Horvath, 31, is the director of communications for 6th District City Councilman Bobby Henon. He said the new constituents Henon serves in the 6th District will experience the biggest change.

“The biggest change would not be the types of services they receive but just they literally have new representation in City Hall,” Horvath said. “District council people usually tend to develop relationships with civic groups, [and] town watch organizations.”

He added: “Now, you’re effectively starting from scratch, so there are new faces that Councilman Henon has to meet. In terms of his position, it’s a little bit different because he literally has to meet his entire district, since he is still in his first term.”

Horvath has been working for Henon’s office for two years, and, with Henon, has had the chance to meet a lot of citizens in the 6th District. But he knows a lot of the citizens previously living in that district will be lost once the new lines are in effect.

“There’s always a constant battle of trying to get in front of your constituents regardless if it’s using the old map or the current one,” Horvath said. “We still have a lot of constituents who … will call and say, ‘I don’t know who my councilperson is.’”

He stated that in a geographic area as vast as the Far Northeast, informing people about who their district councilperson “is a tough one.”

With its overall size, the Far Northeast has been seen as its own city or municipality. Famously, former state Sen. Frank “Hank” Salvatore wanted the Far Northeast to secede from the city and become “Liberty County” due to a lack of services and benefits for the people of the area. 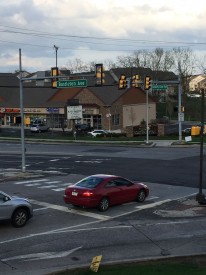 With a total population of 231,756, the Far Northeast takes up a large portion of Philadelphia, but not all citizens of the area are happy with the new district lines.

Jared Gadler, 25, lives on Kent Lane located in the 10th District and said an increase in population within the district could make it harder for needs of the citizens to be met.

“It’s hard enough getting things done and knowing who to complain to,” Gadler said. “Trash pickup has not been good in the past few months, and every week it seems to get longer and longer.”

Marie Wilson, 28, sees it as a way to better bring notice and attention to a large area of the city.

“There are so many people here, and the new district lines reflect that,” Wilson said. “They contain more areas of the neighborhood, and I think people will appreciate that they are now included in that. It’s very positive.”

With representing an area like the Far Northeast under the new district lines, Horvath knows Henon and 10th District Councilman Brian O’Neill have a tall task ahead of them.

“In some ways, the Northeast has always been its own universe and place, just in terms of being geographically so far separated from Center City,” Horvath said. “You’re always going to have that divide between Center City [and] the outlying neighborhoods, especially with every neighborhood that has such a unique identity.”

He added: “People like Councilman O’Neill and Councilman Henon try to represent an extra district council voice, where you’ve got service that is a little better than certain sections of the city.”

Horvath realizes some of Henon’s constituents will be lost once the new lines are officially in effect, but also sees the chance for population growth, primarily from other districts.

https://vimeo.com/59813838] In 1887, the Stein family delivered flowers throughout Philadelphia via horse and buggy. The horse and buggies might be gone, but more than 125 years later, Frankford Avenue’s Stein Florist is trying to maintain [continue reading…]

In April 2006, a center unlike any other opened at 4842 Ridge Ave., close to Manayunk and East Falls. The Arthur Ashe Youth Tennis and Education Center provides tennis training and classes to all of Philadelphia, [continue reading…]