With the amount of people Pope Francis drew this past weekend, some people thought living space would be hard to come by.

When ideas began to run thin, Belinda Held, the director of group travel for A Pilgrim’s Journey, expanded her ideas. With the help of everyone at Weston Fitness, the employees and the members of the pilgrimage were able to turn a gym into a home.

Although the Center City gym was not Held’s first choice, she seemed confident and comfortable with the decision.

“Why not a gym?” she said. “They have toilets, showers and yoga mats, which are perfect to sleep on.”

The members of the pilgrimage were not asking for much. They needed a place to sleep and somewhere they could get away from the large crowds throughout the city. After arriving at the gym at 19th and Market streets early Friday afternoon, they found space to put down their things and were not crammed together.

Marielle Lafaro, one of the trip coordinators, was concerned at first, but that soon changed.

“They moved everything out of the way and left us plenty of space,” Lafaro said. 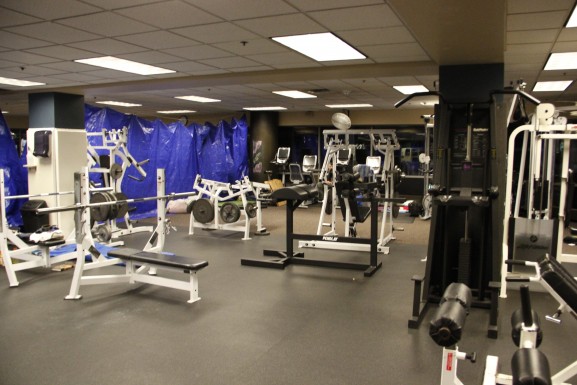 Michael Smith, Weston’s director of sales and marketing, was contacted by Held weeks after the pope announced he was coming.

“We had to consider all aspects and spent months contemplating it,” Smith said.

One of the topics of discussion for the directors was how and when all of the equipment would be moved and if they would still operate.

“The fitness center is to be closed all weekend and only used to house the pilgrims,” said Smith.

He decided not to open the gym Friday morning so that the employees could get everything to a blocked off area in the gym before the pilgrims arrived.

When asked what the overall goal was for the weekend, Smith made it clear and easy to understand.

“Safety” Smith said, “We have staff members on site all weekend along with chaperones for the kids from the Pilgrimage.”

One of the staff members was Alex Kryzmowski, the Operations Manager of Weston Fitness. Although he gave a slight laugh and complained about the move, he understood the importance of what they were doing.

“It was hard moving some of the equipment, but it was necessary to accommodate the pilgrims,” said Kryzmowski (below). 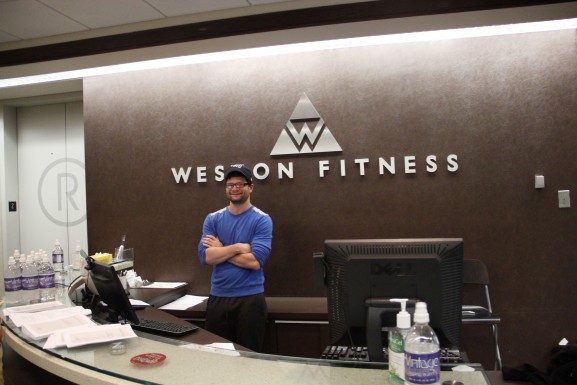 The staff members were there all weekend and handed out snacks and water and helped any way they could.

“It’s truly amazing,” Lafaro said. “They closed their entire gym just for us.”

However, Lafaro could not help but wonder if the decision was wise for the gym to allow them to stay that weekend.

“I think it’s a bold move financially,” Lafaro said. “With all the people here this weekend and the members who already go to the gym, they must have lost something.”

There was a fee for the pilgrims to stay at the gym, though it was not disclosed. Held was extremely happy with the outcome.

“The members of the pilgrimage are spread out all over Pennsylvania on a regular day-to-day basis,” Held said, “but this weekend, they call one gym home.”

– Text and images by Joseph Williams and Andrew Salciunas

For the past 16 years, Neumann-Goretti High School boy’s basketball head coach Carl Arrigale and assistant coach John Mosco have worked closely with each other while bringing the Saints program to prominence within the Catholic [continue reading…]