There are many derelict alleyways all over the city. Many are used for storing dumpsters and garbage, and so they have become eyesores and havens for nuisance behavior.

Recently though, designers and artists in Center City brainstormed for ways to reclaim poorly used passageways in the city in hopes of both beautifying and utilizing the spaces simultaneously.

One such effort was displayed last month at the annual Pearl Street Block Party, in the Chinatown North/Callowhill section of Center City. Over the course of the weekend, 10 artist and design teams took over the 1100 and 1200 blocks of Pearl Street (a side-street between Vine and Callowhill), displaying their artistic and utilitarian installations. The event was a collaboration between the annual event on Pearl Street and the annual city-wide Design Philadelphia event, sponsored by the Philadelphia Center for Architecture.

Each installation was conceived and constructed around this year’s theme of “SHIFT.”

“The emoji gate itself mimics the overall structure of the tunnel that we’re in, one of the viaducts of old Chinatown,” Smith said. “We decided to focus on how everyday language is shifting from text and words to pictures.”

Another installation was called “When I Move, You Move,” a construct of wooden slats, pulleys and hinges which created three passageways for people to walkthrough. The slats were moveable. Moving one set, in one tunnel influenced and reshaped the dimensions of the other tunnels.

A third was simply referred to as the “BoomBox.”

“The basic structure is a set of IKEA bookshelves,” said Christopher Renn, one of the BoomBox team members.

The set of wooden shelves and cubes emitted everything from big band music to a reinterpretation of Michael Jackson’s Thriller.

“The whole idea is that it’s something that’s dynamic,” said Renn. “We’ve got a whole 12-piece band playing at certain times. Other times, there’s a DJ. Other times, there’s house music. It’s meant to be a stage for both the performers and the public. You can pull the boxes out, turn them around, mix up the artworks on the different sides, so everyone can be a part of the show.” 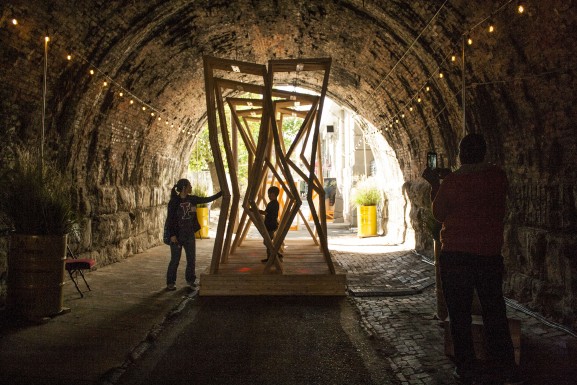 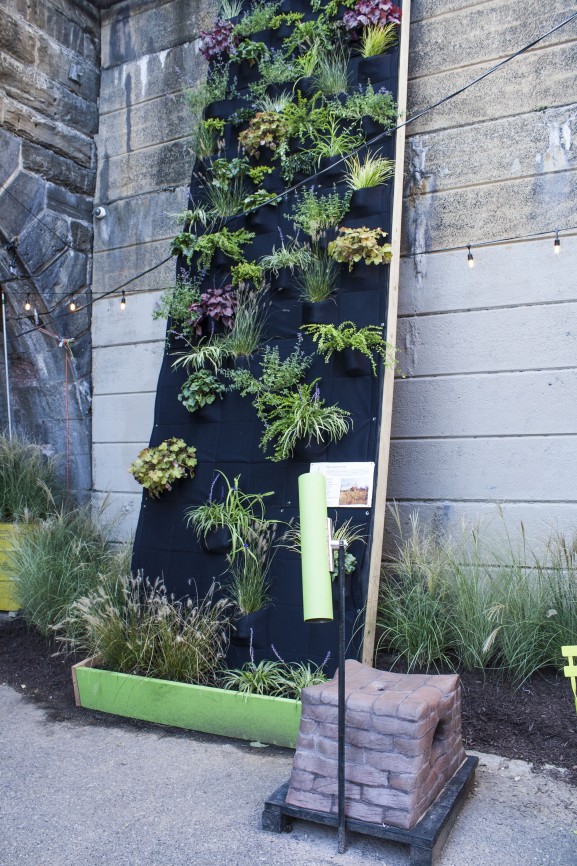 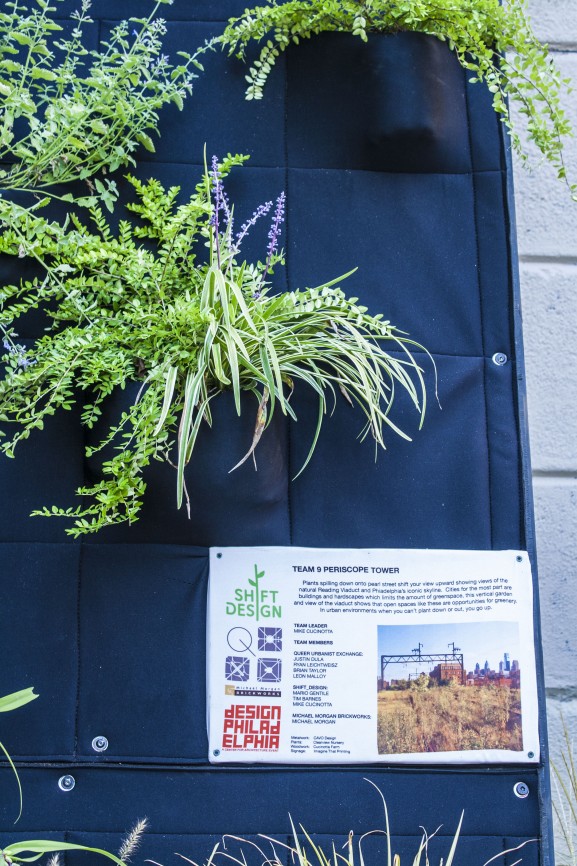 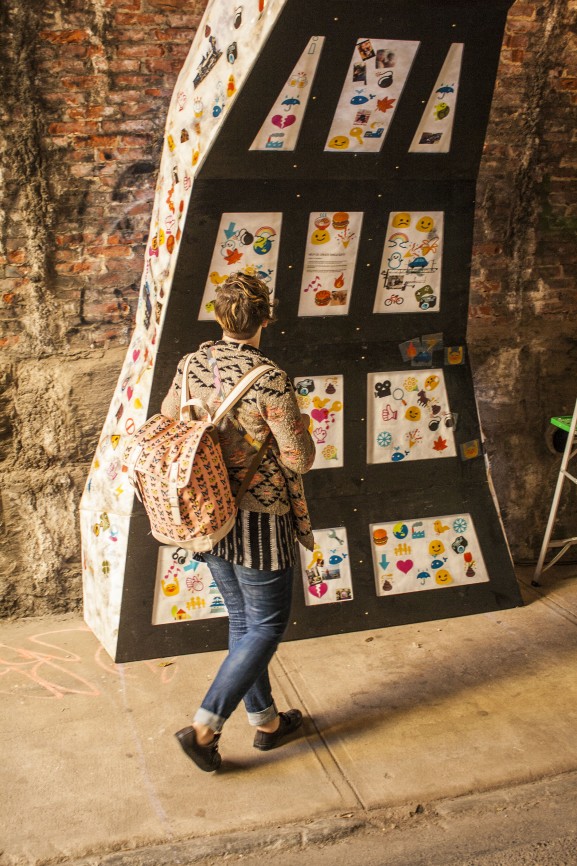 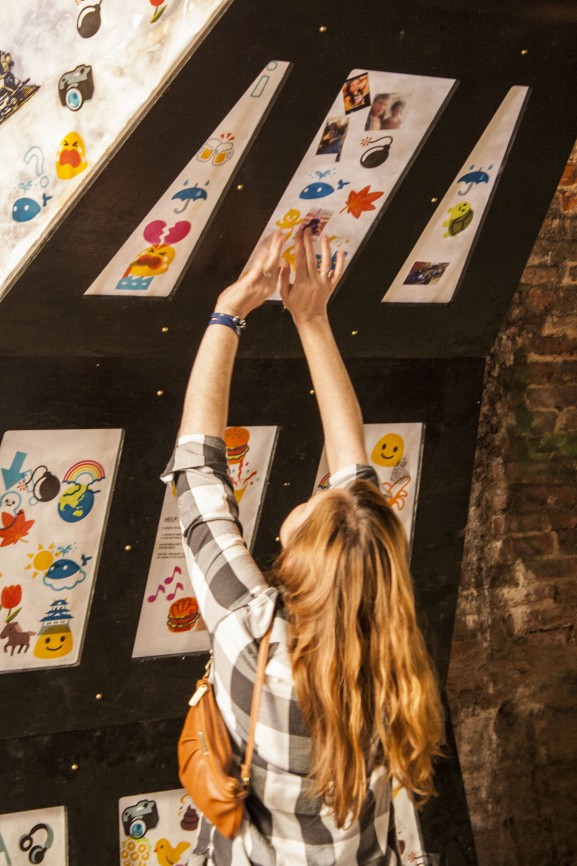 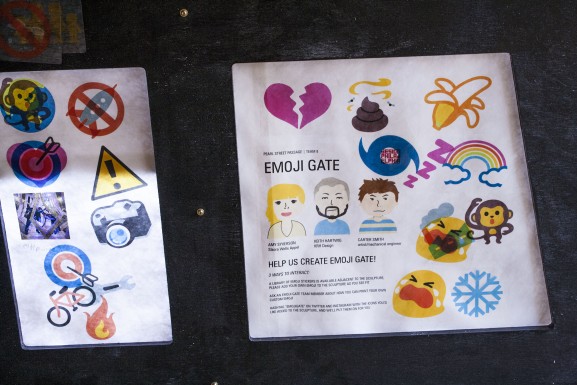 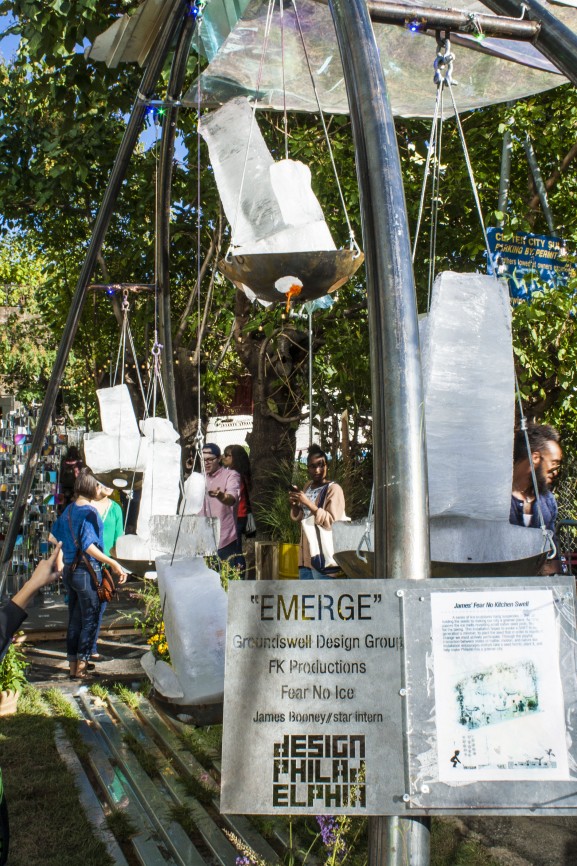 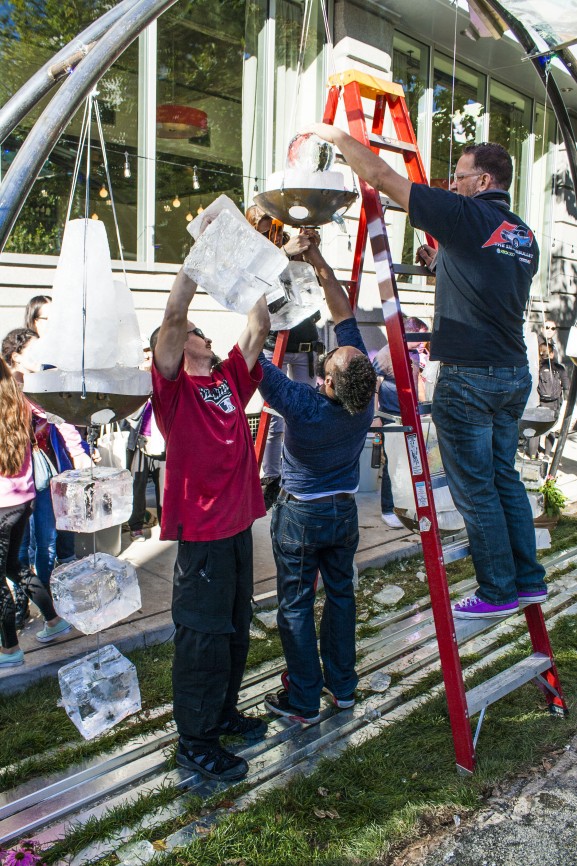 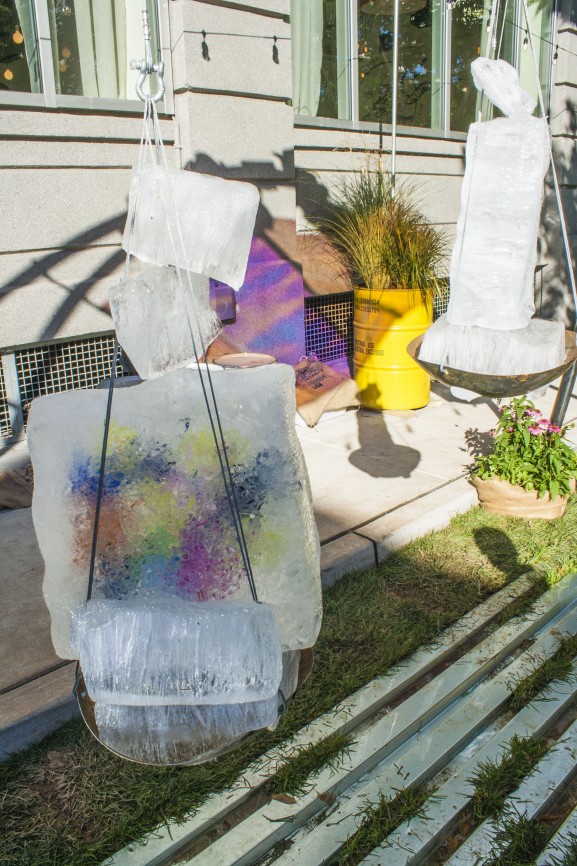 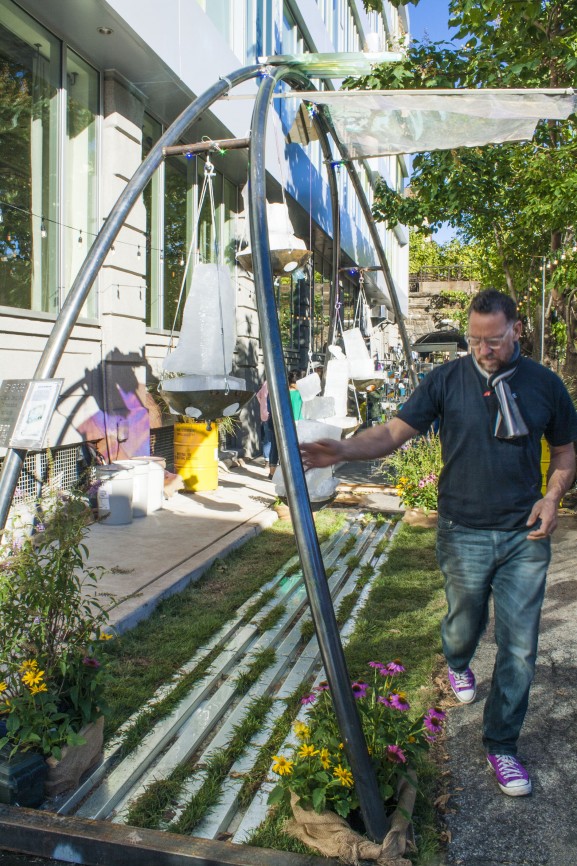 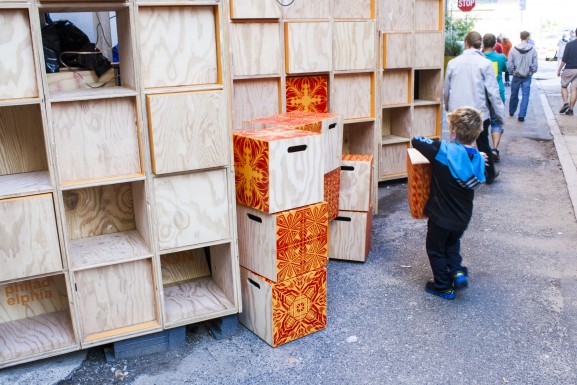 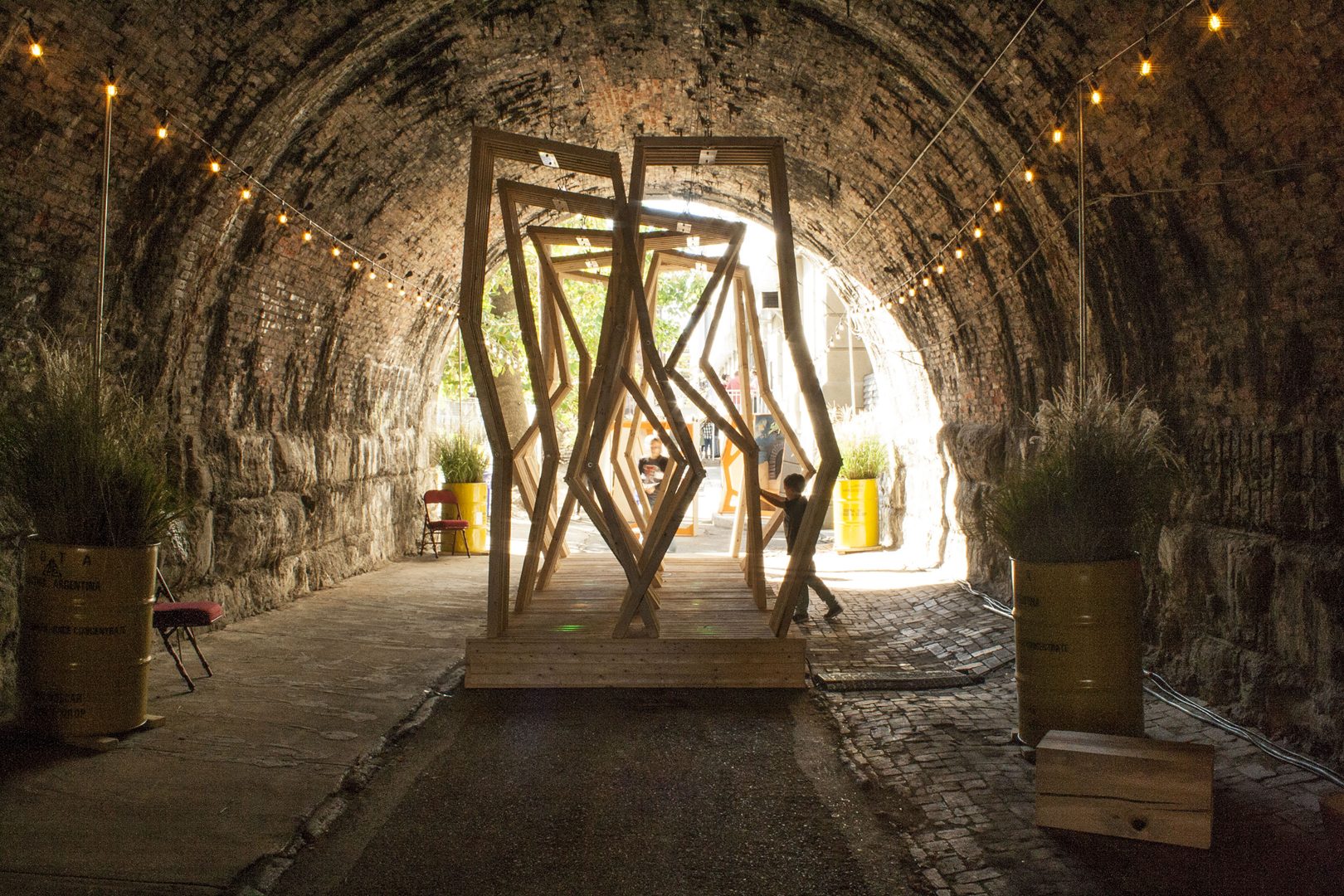 <
►
>
The "When I Move, You Move" wooden slat tunnel installation, being modified by a young onlooker

Design is everywhere. The clothes we wear, the cars we drive, and the buildings we work in all incorporate design in one way or another. In a society that has become increasingly dependent on cell [Read More]

[vimeo 62719426] Longtime residents of Germantown have seen major changes occur in the business corridor of Germantown Avenue and Chelten Avenue. Once the shopping destination of the city, it has now become a place where litter [Read More]