In Philadelphia, large-scale murals, art installations from internationally renowned creatives and pop-up art pieces have become standard, with South Philadelphia being no exception.

South Philadelphia is known for mosaics from Isaiah Zagar and murals of local greats. Despite this, an illegal artform also finds a home in this part of the city.

The scribbling and spraying that has plagued most cities in the U.S., and internationally, got its start here in Philadelphia with a graffiti writer named Cornbread. Cornbread, from Brewerytown, and his friends would tag their nicknames across the city.

This would later grow into the modern graffiti movement of New York City. Cornbread’s “Cornbread Loves Cynthia” scribbles across North Philadelphia would go on to inspire the A Love Letter For You mural series in West Philadelphia, according to Mural Arts Philadelphia.

Philadelphia’s larger scale graffiti problems are combated in part through Community Life Improvement Programs (CLIP), whose Graffiti Abatement Team is the lead agency in eradicating the spread of graffiti.

In 2016, the abatement team cleaned more than 113,000 properties and street fixtures for residents and businesses. 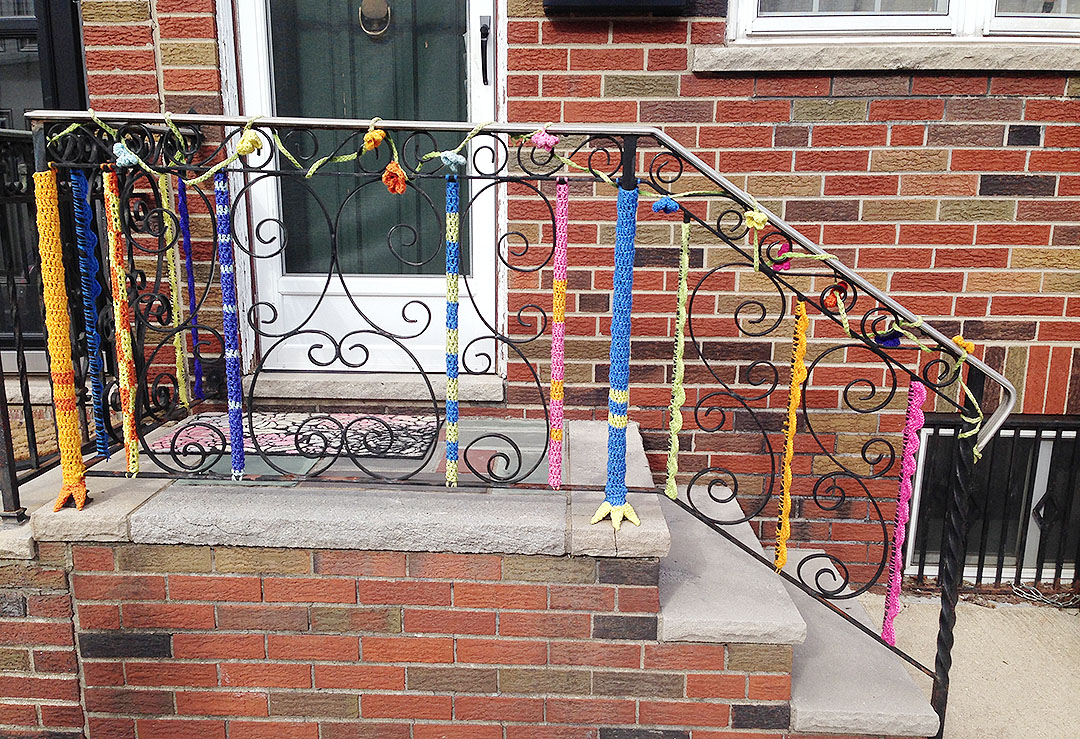 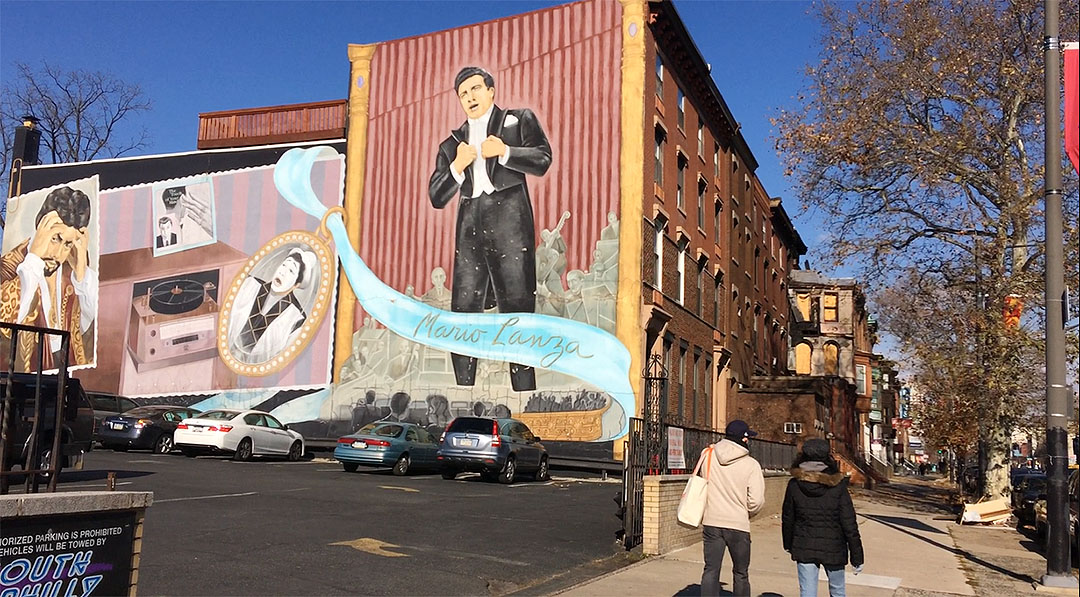 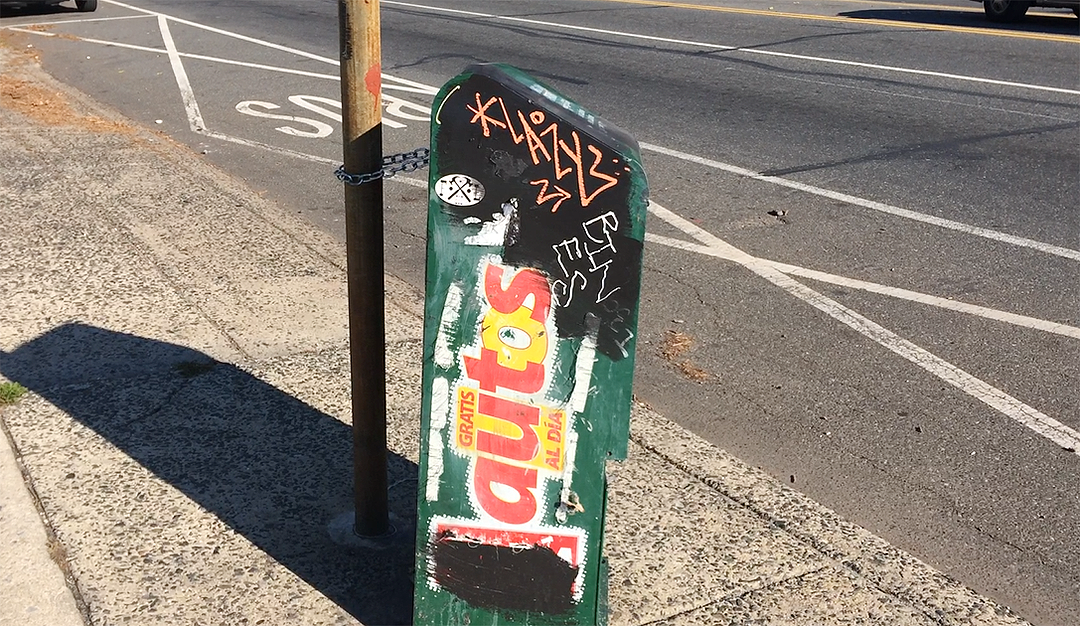 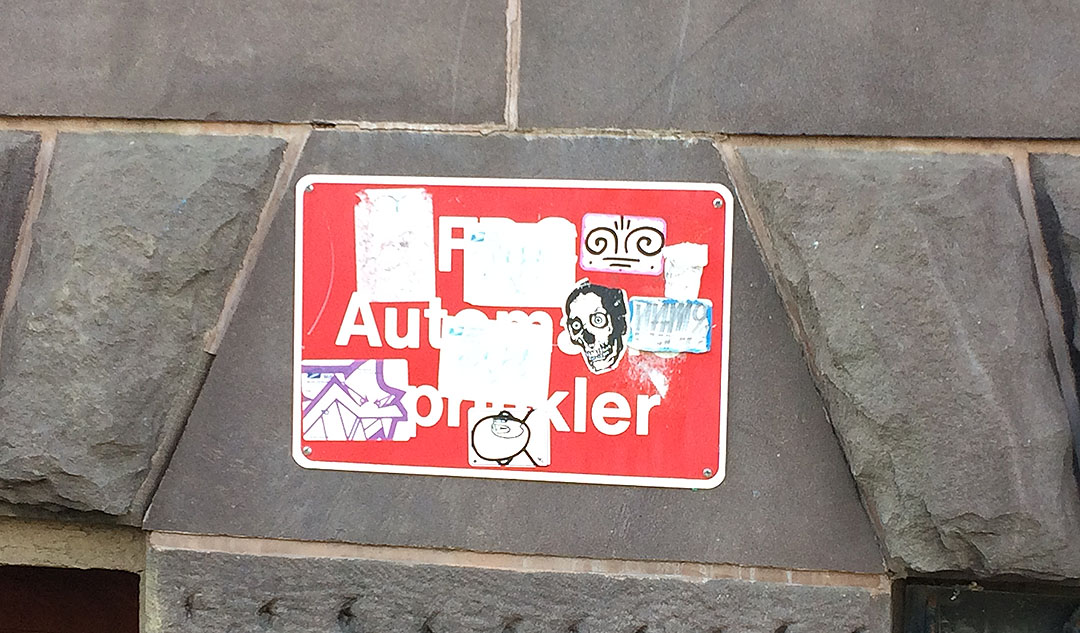 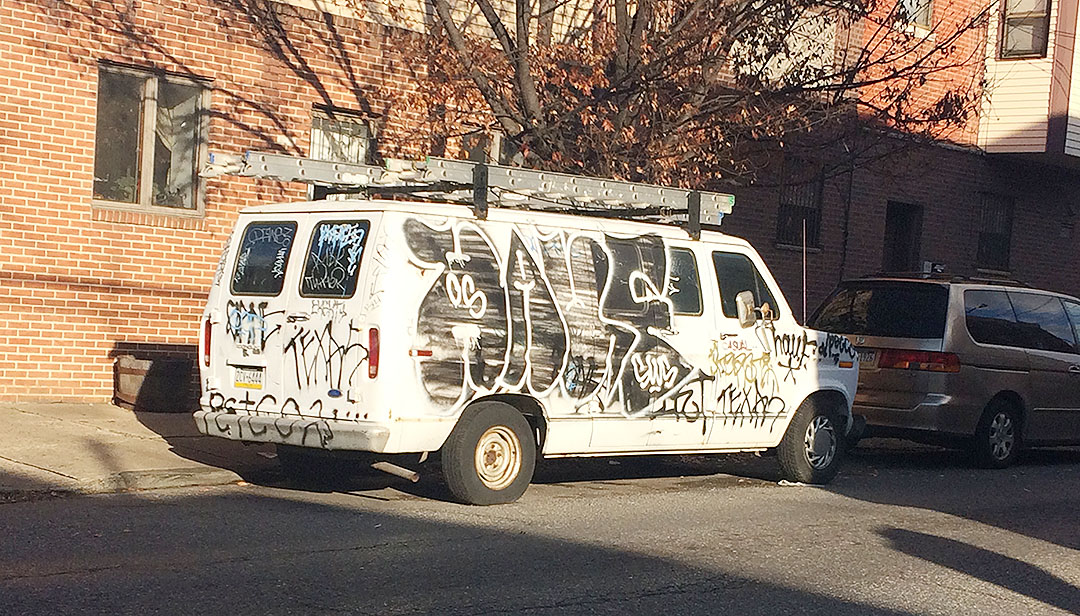 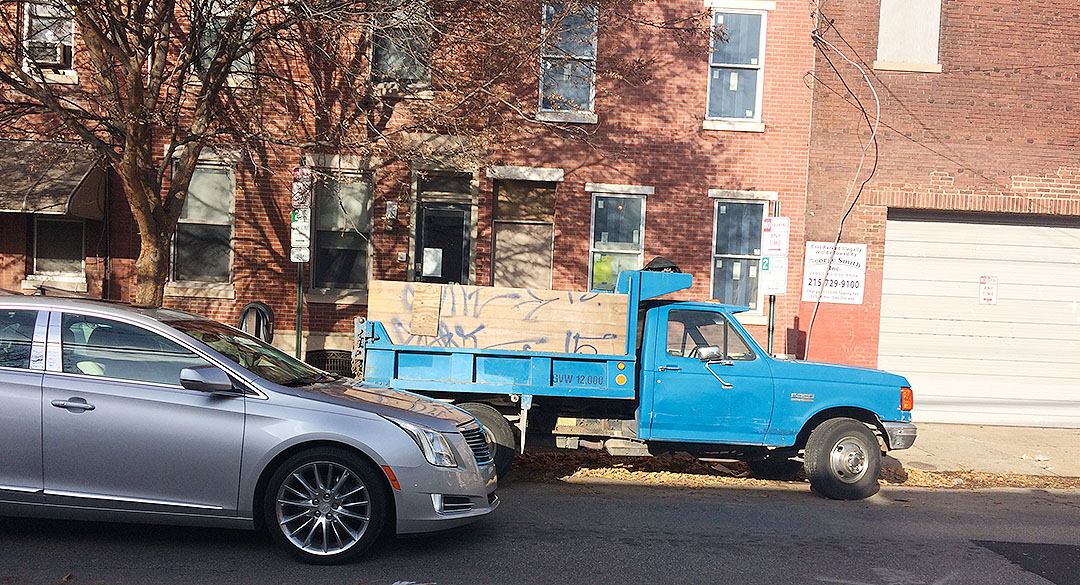 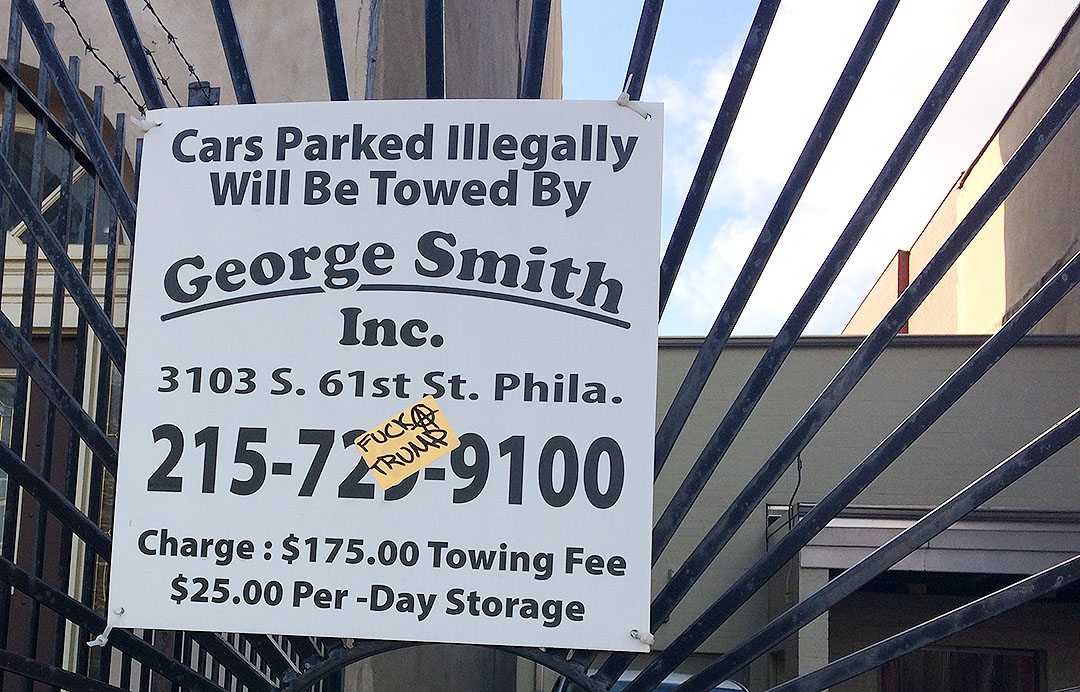 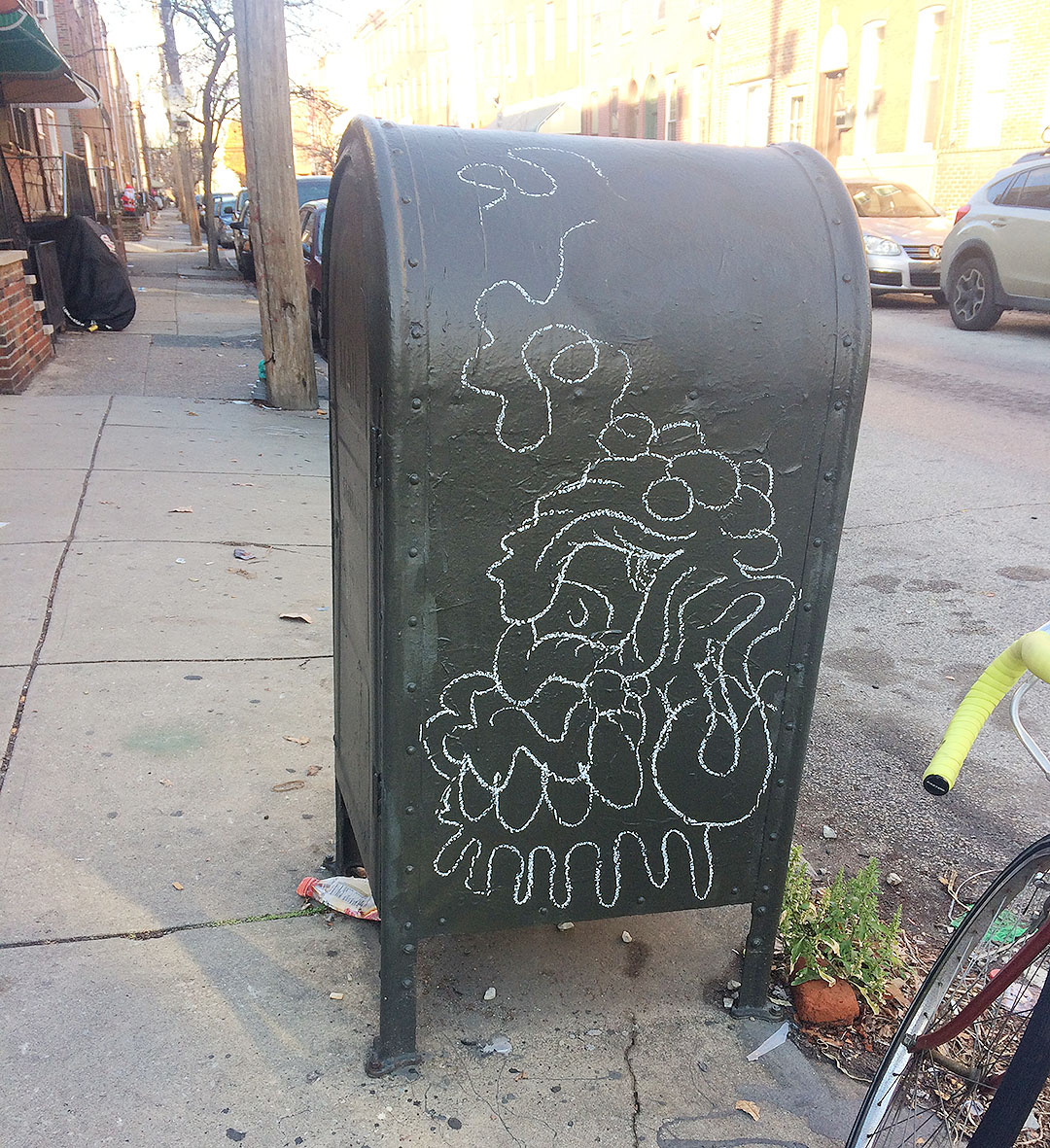 The city blocks of abandoned spaces become canvases for artists. For Ric C. Temple, an administrator for Taking Our South Philly Streets Back (TOSPSB), the motivation of graffiti artists isn’t always clear, or poignant.

“On my own property, I have caught people tagging things. When I asked him why he did it he said he wanted people to know his name,” Temple said. “It’s not just teenagers, it’s grown adults as well. I once caught a Philadelphia attorney creating graffiti.”

TOSPSB, started by a South Philly mother after her young son became the victim of a crime, began as a Facebook page. Since its creation in 2013, the page and website has opened channels of communication between residents, businesses and local authorities and provided resources.

“Philly has a great system with CLIP and they usually fix the problem right away,” said Temple. “However, graffiti is an endless battle that doesn’t go away permanently.”

Besides connecting residents with appropriate resources, organizations like TOSPSB let community members share with fellow residents real-time updates of places getting tagged, a location of a recent crime or any information that helps the safety of their neighbors. 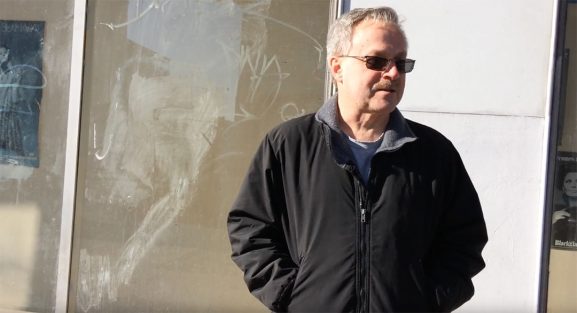 Petter Zutter (pictured above), president of the SBSNA, recognizes graffiti is a springboard for criminal activities and graffiti can often represent a neighborhood in blight.

“When people see graffiti, they think it’s a neighborhood where nobody cares, and they can dump their trash there,” said Zutter. “And that amplifies it, and that’s where you’ll see prostitution and the other illegal activities.”

The SBSNA does a number of beautifying projects along South Broad Street including graffiti removal, trash pick up and tree planting.

“Some of the graffiti calls we get we pass along to CLIP, but if I notice something on my block, I’ll just run out with my bucket of paint and take care of it,” said Zutter.

Quick response time is paramount in covering graffiti: the longer it lingers, the more likely it is to be accompanied by many more tags.

A neighborhood that has rampant graffiti not only deters visitors from trekking to those spots to visit and spend money, it also deters potential buyers of South Philadelphia properties.

Philadelphia is becoming a prime location to visit, and places like East Passyunk Avenue have attracted both residents and tourists to its square and renovated row homes.

But not all areas of South Philadelphia have received the same makeover just yet. Zutter would like to see South Broad Street retain its marketability and for people to see its a viable place to live.

According to the National Association of Realtors, a property located in a community with graffiti will lose 15 percent of its property value. If it’s profane, that could cause a loss of up to 25 percent of the home’s value.

“We need these [new houses] to go up, and badly,” said Laura Burkhardt, a South Philadelphia resident. “New properties in the neighborhood, expensive properties, benefit all of us.”

In this period of construction, it’s a hope of Zutter and Temple’s that the graffiti will remain at bay. 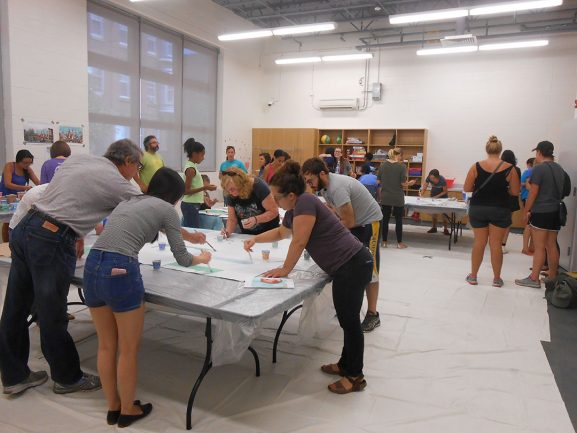 Recently, a new mural featuring famous musicians from South Philadelphia cropped up on South Broad, the effort of a community paint day (pictured above) sponsored by Mural Arts. Right across from it sits graffiti-covered trash cans and a street pole. A block down, a storefront was recently ravaged with racist political graffiti.

Even so, during this process of revitalization, the close-knit communities of South Philadelphia won’t be stopped in their efforts to make the streets clean again.

East Passyunk Avenue has long been a hub for Italian families, businesses and culture, making it the perfect spot for the History of Italian Immigration Museum, the first and only of its kind in the [continue reading…]

Point Breeze: This Week In The News – “Kill a Cop Save a Life” Graffiti, Homes Recovering From Arson

In case you missed it, we found a few places where people were talking about things happening in Point Breeze: Vandals Spray-Paint ‘Kill a Cop’ Graffiti on Pillars in Point Breeze: Police are investigating the [continue reading…]