Andrea DiMola, a former math teacher, is now the director of the Southeast Philadelphia Collaborative (SEPC). DiMola was born and raised in South Jersey. She received her bachelor’s degree in mathematics at The College of William and Mary, but then moved to Philadelphia for grad school at the University of Pennsylvania. DiMola has her master’s in education.

SEPC is part of United Communities Southeast Philadelphia, which focuses on working with anyone who works with young people. SEPC’s two main focuses are helping youths in schools and the struggles they deal with, and helping youths who struggle with substance use. They help students through their school outreach program. The program works with people in schools who work outside of the classroom to create and implement ways for the schools to be safe, welcoming and nurturing learning environments.

What exactly does SEPC do?

We essentially focus on anyone who works with young people, mostly in South Philly, but we’re kind of open – if you work with young people, we’ll work with you. The primary things we do are run school partnership meetings at six schools in South Philadelphia, focusing on Southeast. We have a full-time coordinator who coordinates meetings at South Philly High, Furness, Fell, Taggart, Vare-Washington, and Sharswood is another school that we work with, but they don’t have partnership meetings right now. It’s basically anyone who serves students or the school outside of the classroom, so it’s all the nonprofits, all the partners. We work with counselors and principals, depending. That’s one big chunk of our work. We also have the South Philadelphia Prevention Coalition, which is a Drug-Free Communities grantee. They focus on reducing youth substance use in all of South Philadelphia. 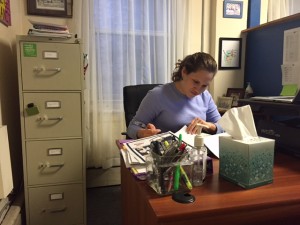 How did you end up at SEPC after teaching for a few years?

After I graduated from college, I was a high school math teacher for a few years. Then I moved here, to Philly, to pursue a master’s degree in education policy. From there I worked for the school district for a year and then came here. With the schools, I was also working under a federal grant doing data management because of my combination math and education background. Here, I actually started doing data management for the network of organizations and helping folks kind of think about what are the kinds of things they want to impact around youth support and youth outcomes. And then I stayed and was able to grow and evolve into directing all of this work – which is nice, because I have the mindset where I want to track what we’re doing.

The people that you reach out to – what do they need?

In general, high schoolers need support around college access, career prep, thinking long-term and learning how to be self-sufficient. Whereas the younger students – kindergarten to fifth grade – are looking more for daycare and positive opportunities. And then middle school, I think, is what we’ve seen is the hardest to engage because they have a lot of different interests. But they’re also on the cusp of where they can be talked into joining a gang, or easily talked into substance use and those other less positive experiences. So I really think that services need to be catered to each age group, but also to each ethnic group.

How many people do you work with?

There are four of us in this office. In terms of who we work with outside of this building, I think we reached, in the past two years, somewhere around 200 people through (I want to say) 40 organizations. Besides that, we also do a monthly what we call “community council.” It’s basically a professional development session for people that work with youth in the neighborhood. 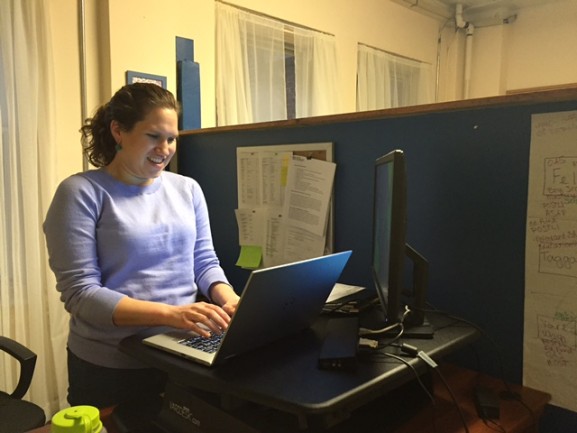 Since you have been at SEPC, do you have any success stories you want to talk about?

I feel like we have lots of little successes. But I think the biggest one that stemmed from SEPC is the shift in the way that our truancy case-management handles their work. … What happens is that if a student between fourth and 12th grade, once they have 10 absences that are unexcused, they get referred to truancy court. … Through the partnership work, we’ve started to collect some data and get partners to share which students they’re working with to … track better what is happening with kids and who’s disconnected from programs. Starting with five absences, we started to look at if the kids are involved in other programs. Or are there partners that can do some prevention outreach? I think that shift to be more proactive and supporting students is why we want to bring partners together. We’ve seen DHS change their contract a little bit and really pushing their providers to do more work directly with schools. And I think that largely was because of part of what we did.

– Text and images by Abigail Durey and Amber Clay