In Philadelphia, like most major cities, traffic accidents are a regular occurrence. Whether as pedestrians or those using bikes or cars, one is almost always at some risk when moving through the city.

“About 100 people are killed every year in traffic collisions in Philadelphia,” said Charlotte Castle, coordinator for Vision Zero, a plan the city has recently enacted. The Vision Zero plan is based around the goal of eliminating traffic fatalities in Philadelphia by 2030.

The idea for Vision Zero started in 1994 in Sweden. After experiencing success with the program, the plan began spreading to other European cities, such as Paris, which cut its death rates in half in about six years.

Eventually, the idea made its way to the United States, where it was adopted by cities like Chicago and Boston.

According to the National Highway Traffic Safety Administration, Philadelphia has the highest traffic deaths per capita in the country, followed by other large cities like Los Angeles and New York. In the other cities, a target year has not always been set as it was in Philadelphia, but Castle thinks it’s important.

“By setting the year goal I think it adds some urgency to the project,” she said. “It always keeps us looking ahead.”

The initiative came to Philadelphia at the end of 2016 when Mayor Kenney signed an executive order for Vision Zero, which is housed within the Streets Department‘s Complete Streets initiative.

“Complete Streets is about making sure that streets are safe for everyone, not just cars,” said Castle. “Designing streets for all of its users, but prioritizing those who are most vulnerable.”

In September, Vision Zero released its final action plan, including what it calls its “high injury network,” noting areas of the city and intersections that are the most dangerous for road users.

In Brewerytown, 25th Street and Cecil B. Moore Avenue as well as some of West Girard Avenue near Kelly Drive are listed on the network.

Previdi also feels there aren’t enough bike lanes in Brewerytown, as well as the city in general.

“The city needs to feel welcoming to cyclists,” said Previdi. “It’s not quite there yet.”

One aspect of the Vision Zero plan advocates for “active transportation,” which includes walking and biking. These methods are beneficial for a number of reasons, the plan states, including health, environmental and safety reasons.

Some feel the problem is that the plan favors bikers and pedestrians more than those with vehicles.

“If the plan is rooted in equity, then each group of road users should be favored equally,” said Dr. Justin Schorr, who teaches civil engineering at George Washington University. “If it is intended to protect bikers and pedestrians, then they should declare that is the intention.”

But, according to Castle, that is a misconception.

“We design the roads to be comfortable for everyone, but we have to be aware of those who are the most at risk,” said Castle. “And bikers and pedestrians are the most vulnerable.” 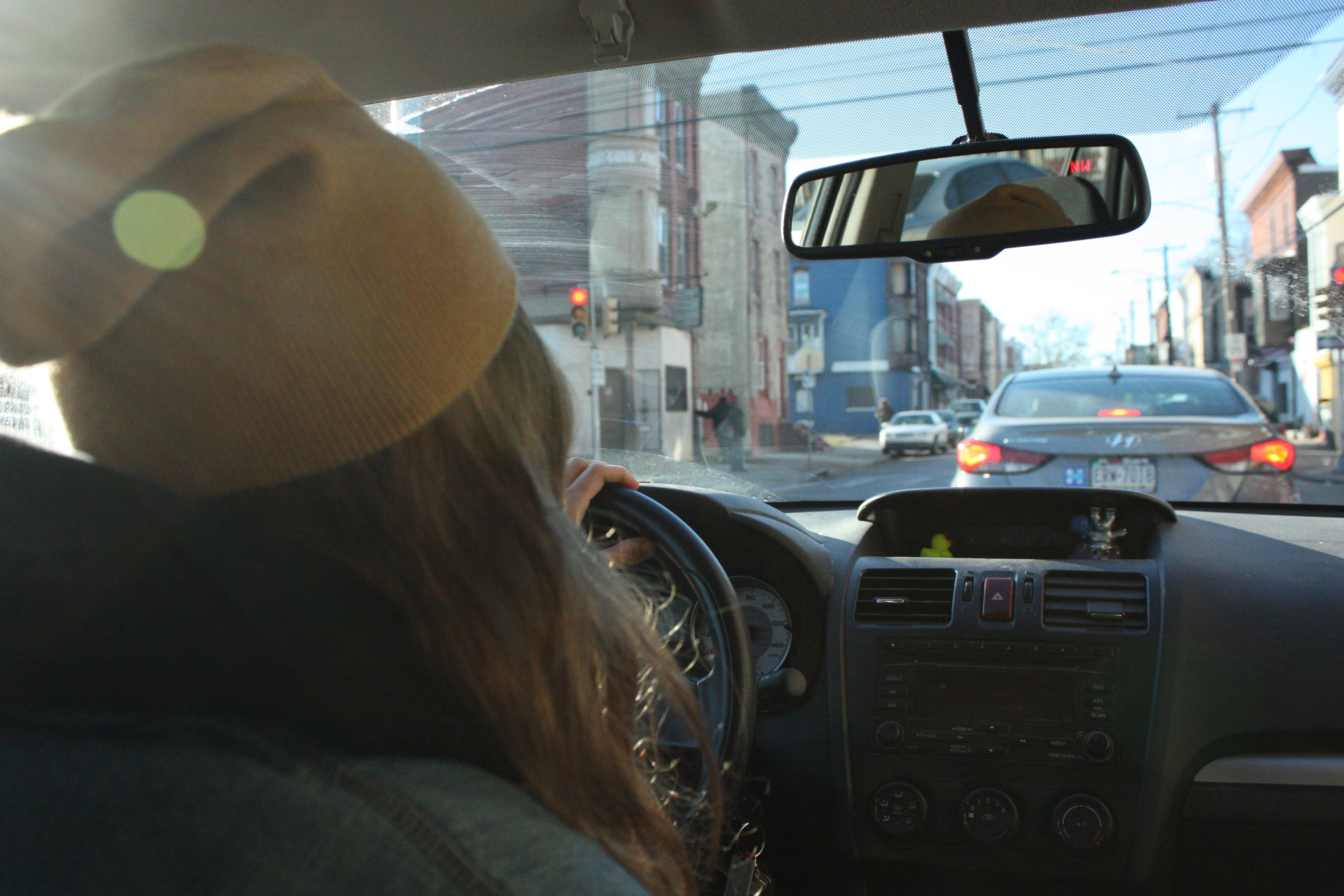 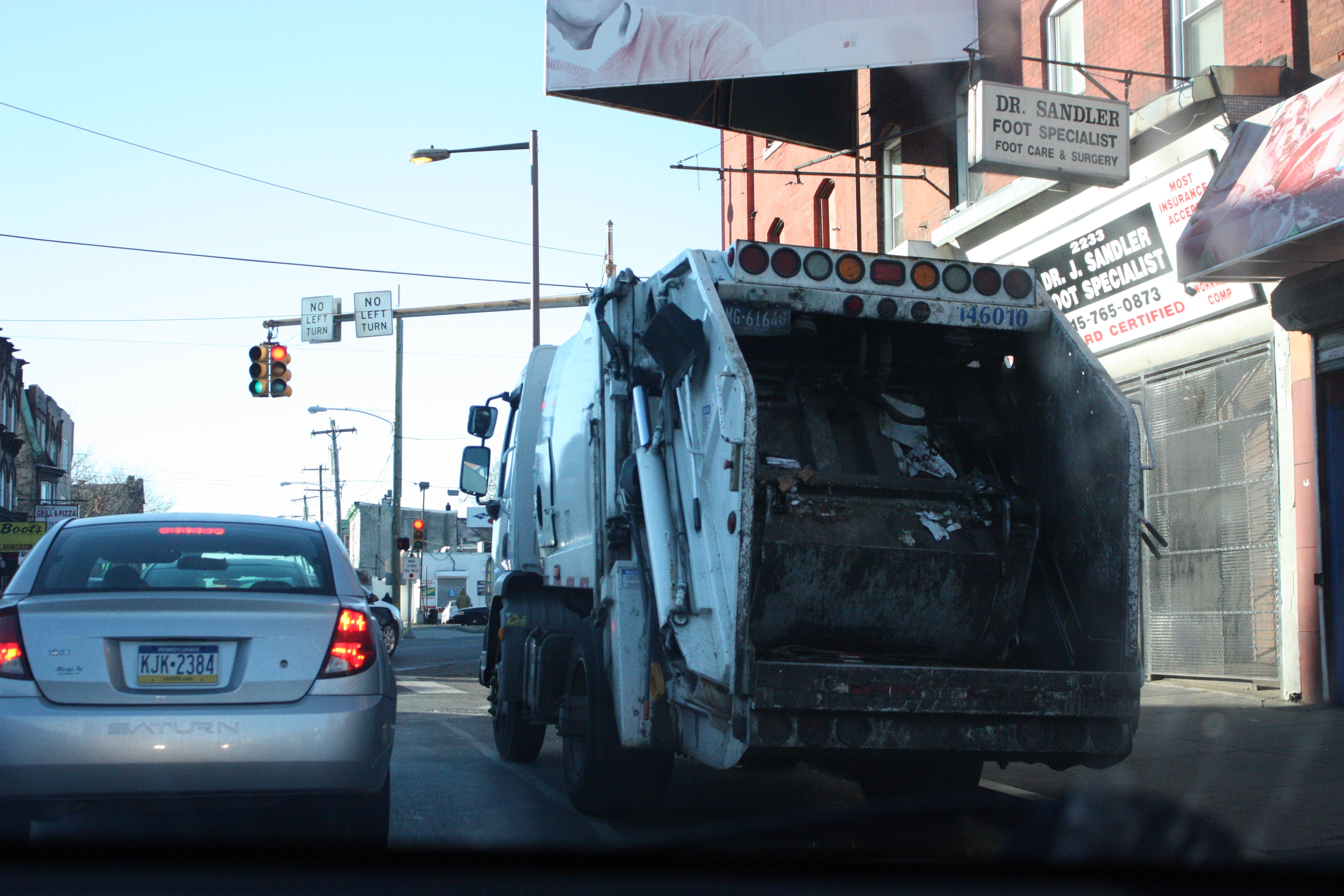 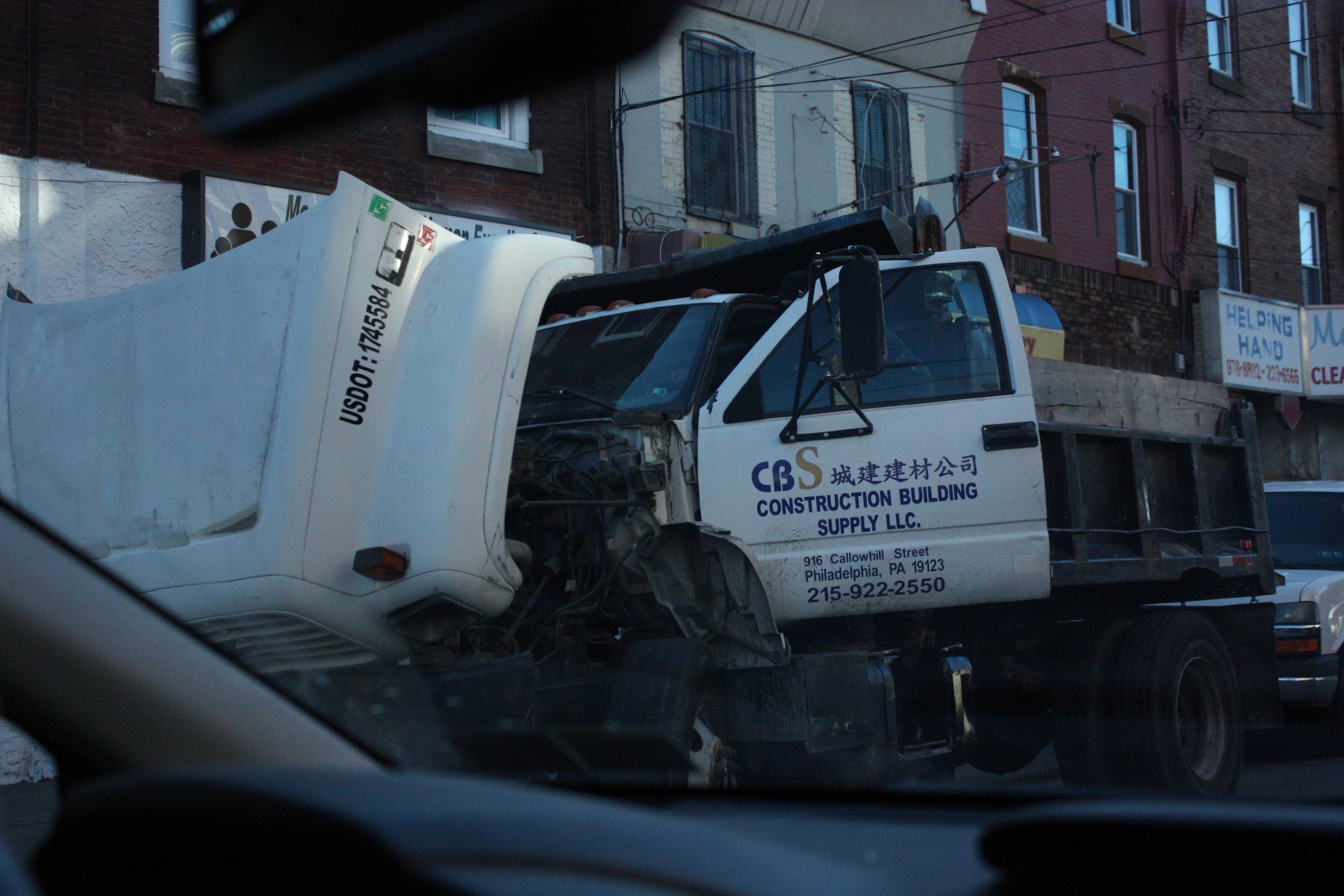 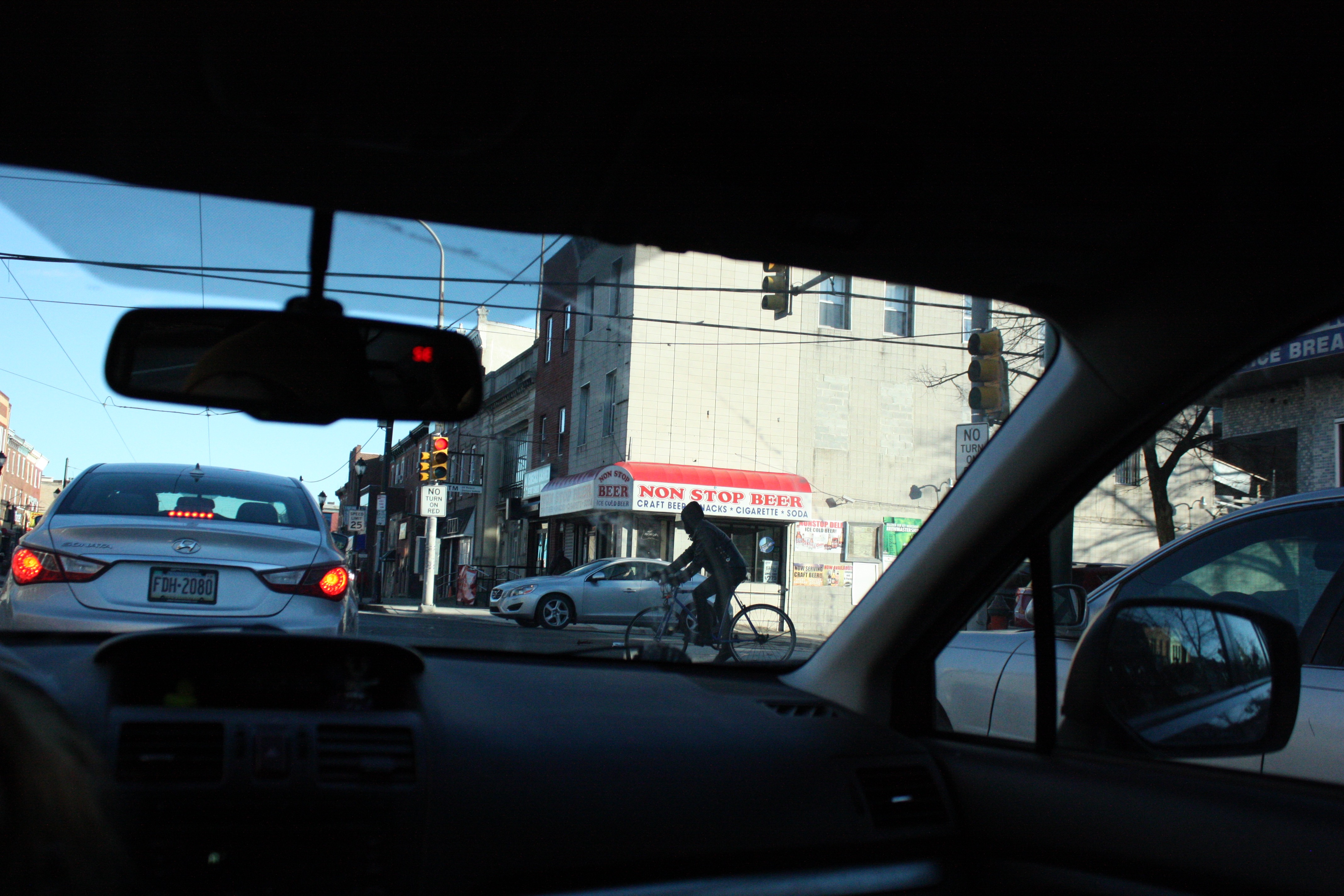 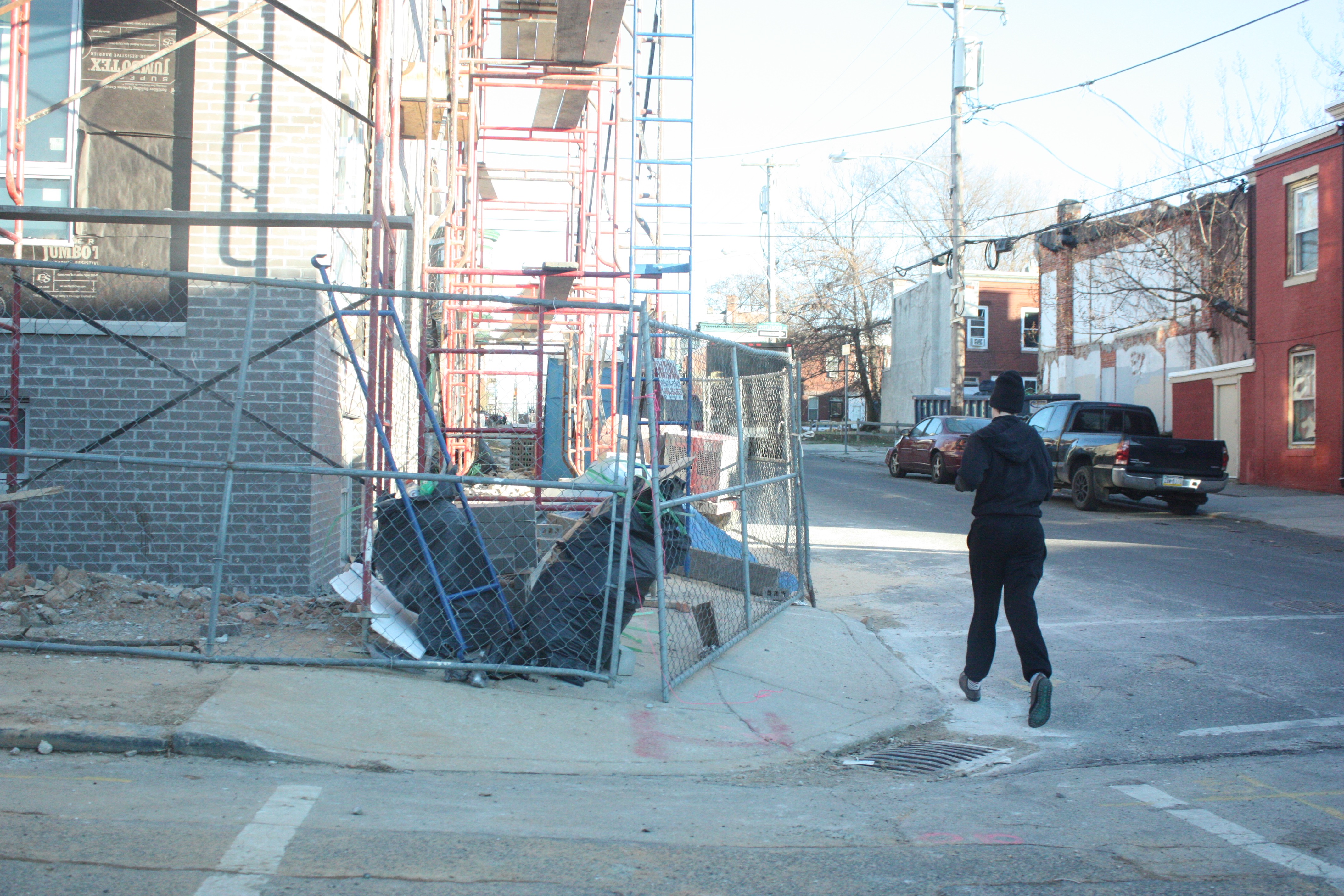 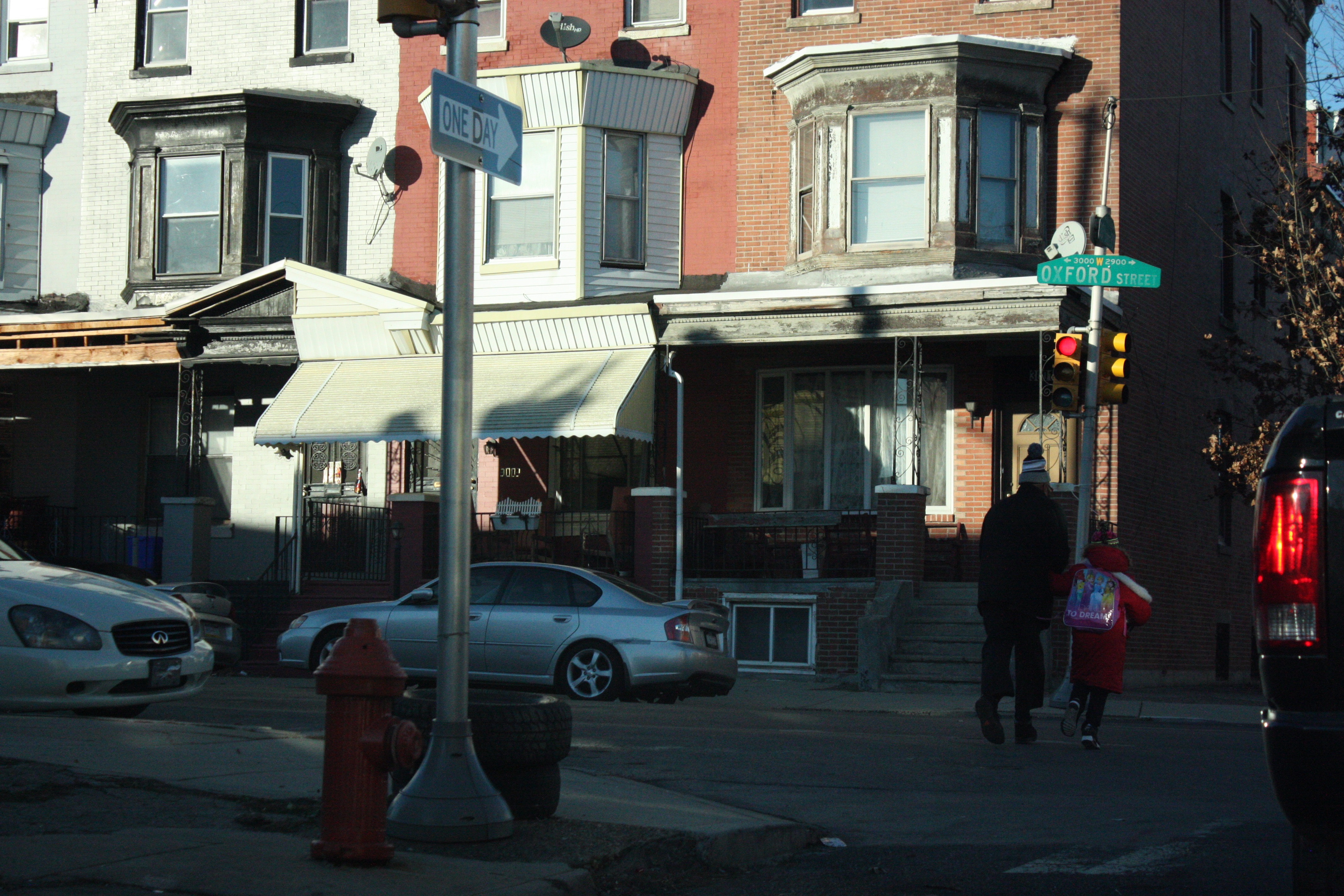 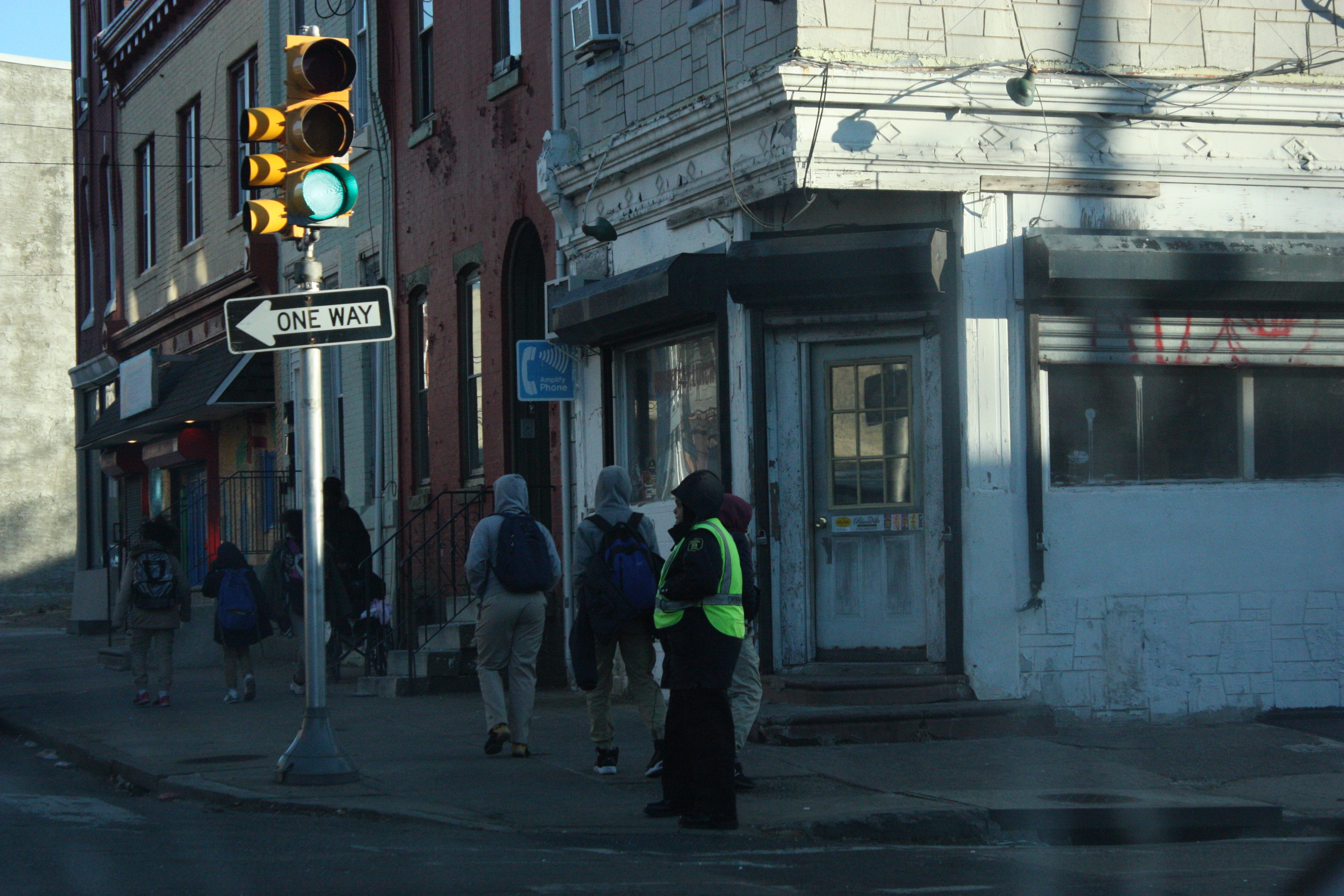 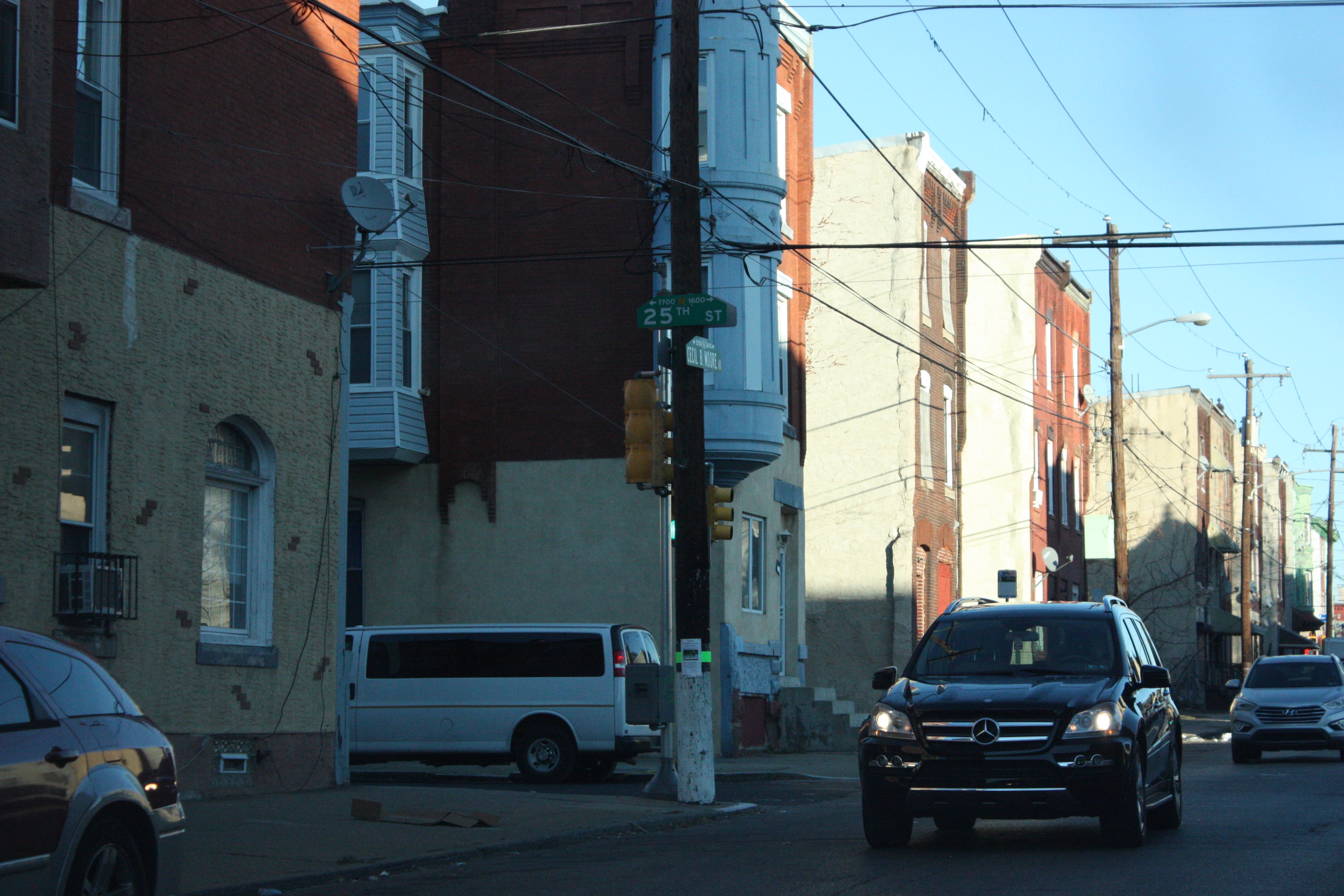 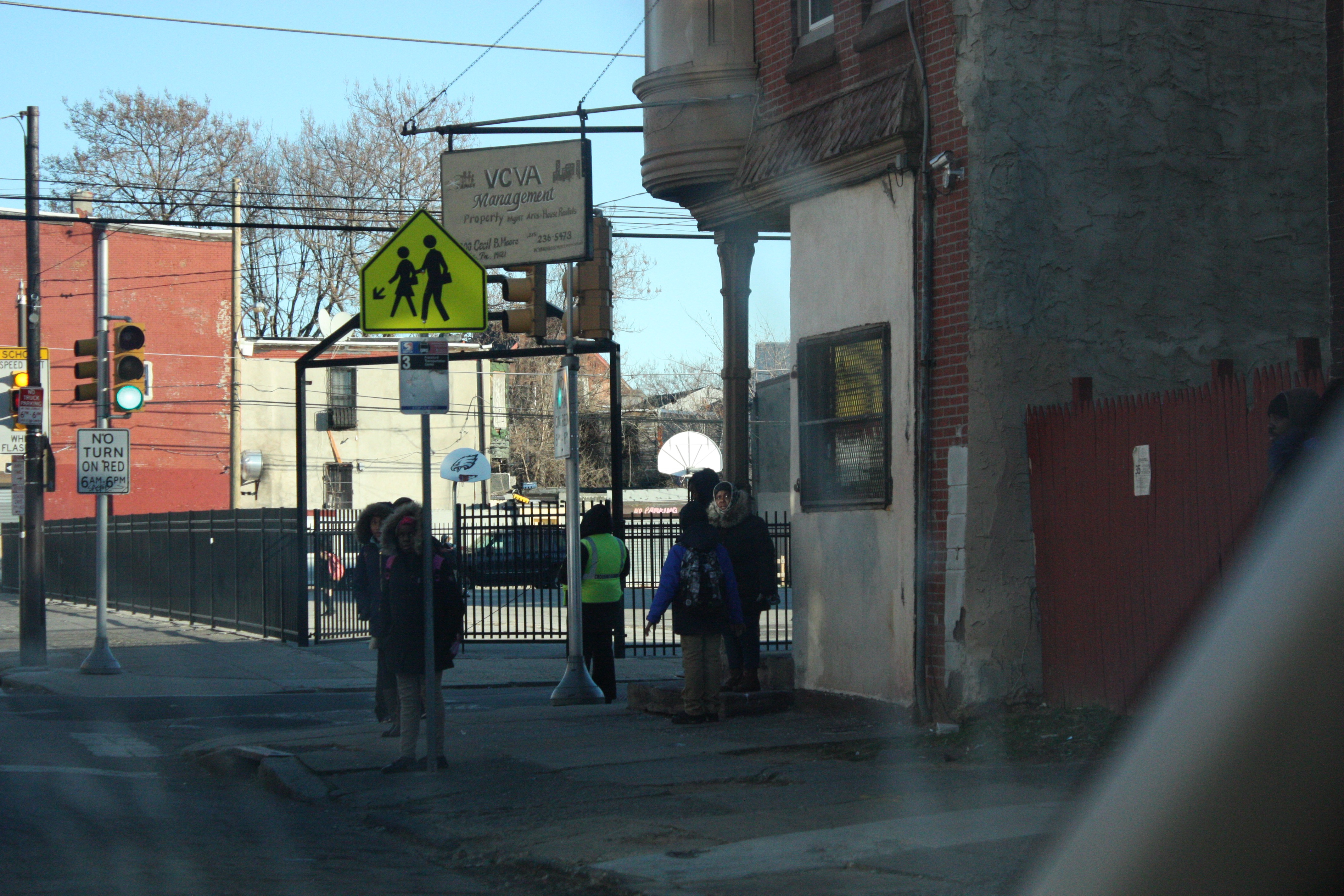 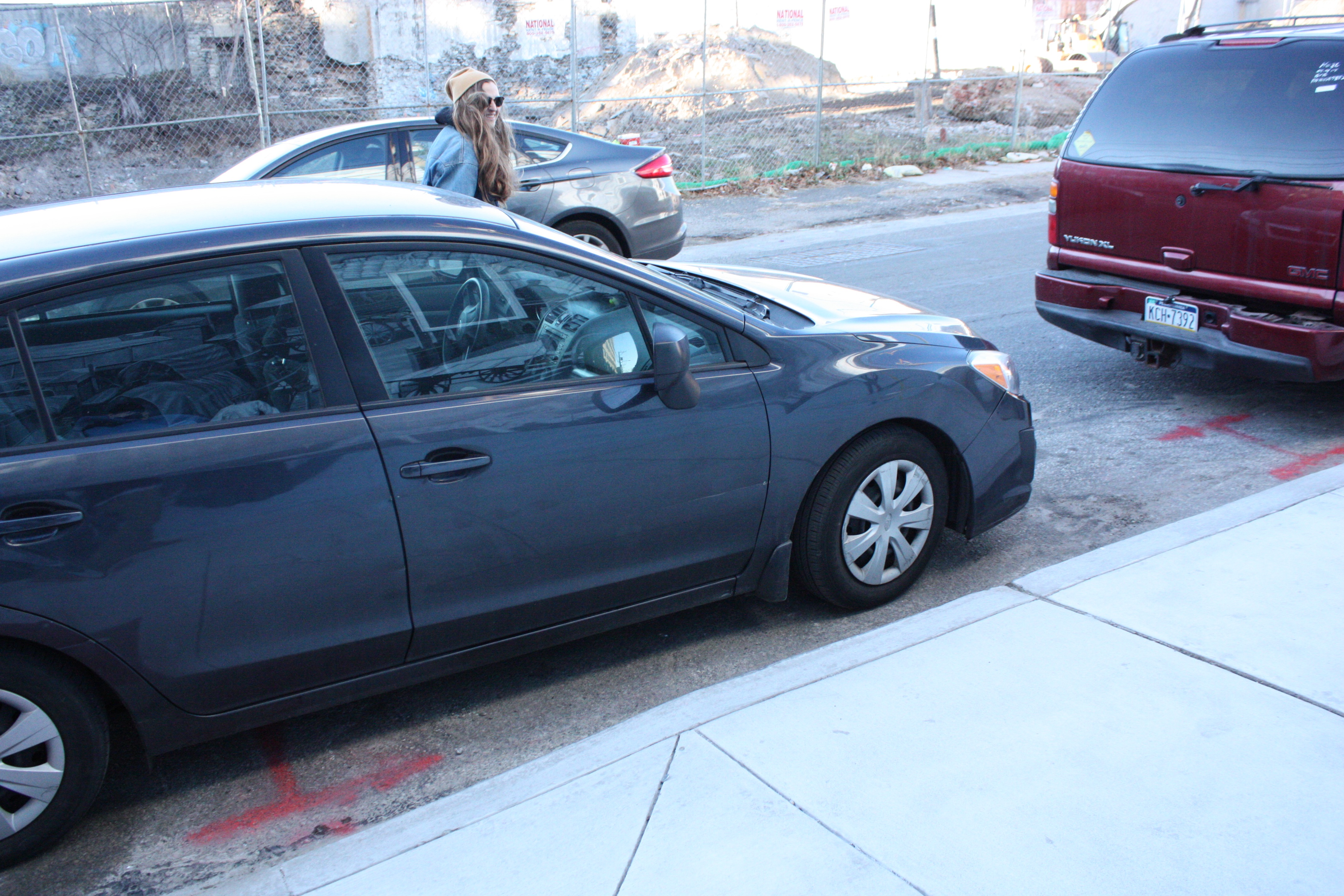 One of the biggest factors in traffic deaths in Philadelphia is speeding. According to the Vision Zero website, about 53 percent of traffic deaths in the city are a result of aggressive driving, which could be speeding or a failure to yield.

“If you’re working in transportation, you’re always trying to balance speed and safety,” said Schorr. He went on to note if someone slows down any traffic anywhere in the system, such as adding a roundabout or a stop sign, it slows down the system as a whole.

There are a few ideas that Vision Zero is working to adopt, one of which is a speed camera on Roosevelt Boulevard, one of the most dangerous roads in Pennsylvania. The idea, said Castle, would be that the camera would be more efficient than law enforcement and cut down on any unease or nervousness that drivers might experience with physical law enforcement.

According to Castle, every September in the years moving forward will see the release of a report because public is important with a program such as Vision Zero. The report would detail what strategies the plan is committing to, how previous strategies have fared and other information of similar nature.

Before the plan was put into action, Castle and her colleagues went into neighborhoods that might know nothing about the plan in order to educate the city as much as possible.

“For us, Vision Zero is not about pushing any agenda or confusing people,” said Castle. “It’s about being human, and caring about the lives of those around us.”

The Future of Transportation:

The Vision Zero plan has the goal of eliminating traffic deaths by 2030 and looks at the present state of the city. But preparing for the future, with changing neighborhoods and new technologies, is also important.

In Brewerytown, one of the areas of the city with the lowest amount of accidents, the neighborhood is steadily growing. That likely means there will be more drivers and bikers as the population increases.

“It’s important to know where people in the city are going,” said Schorr. “Brewerytown might be overlooked by the plan, but that might be because the problems haven’t even arisen yet.”

One of the other reasons Brewerytown may not have as many collisions is because authorities may not even know about them.

“We suspect that there is some under-reporting going on in that area,” said Bob Previdi, policy coordinator of the Bicycle Coalition of Greater Philadelphia. Previdi hopes by talking to some of the local hospitals, they could get a clearer sense of the data.

Besides the movement of people in the city, imminent technological changes could also have an impact on the city.

“We have a car culture here in Philadelphia,” said John Nawn, who works as a transportation engineer with Fleischer Forensics. “Being a colonial city, we just aren’t equipped to handle this many cars.”

The future may include a number of possibilities in terms of transportation, including a city that would be vehicle-free or one populated by autonomous, self-driving vehicles.

“You would basically have to engineer the entire city around these autonomous cars,” said Schorr. It would drastically change the face of the city, but for Schorr, it’s decisions like this that the Vision Zero plan might not consider.

“I think the plan could be expanded to include more considerations for future technology,” Schorr said. Fundamental change in the transportation system could also cut down on accidents, which is Vision Zero’s ultimate goal.

“It takes the average person about 1.6 seconds to react to something in a car and hit the brake pedal,” said Nawn. “When we build a roadway, we are going for the 85th percentile, which is the people who take about 2.5 seconds to react.”

For Nawn, designing roadways is almost always engineering for human error, noting that automated systems in cars would relieve a lot of that human error. Collision warning systems have reaction times that are much faster than human counterparts, but perhaps vehicles wouldn’t even be necessary within the city limits.

“Should we shut down cities to all vehicular traffic?” asked Schorr. “That becomes a question.”

Nawn and Schorr both posed the idea of leaving vehicles at the outskirts of the city, with people getting around via bike, foot or public transportation within the city. Schorr cited his experiences on the highway in Washington D.C., where the metro goes right down the middle of the lanes while others are stuck in traffic.

“They do that so you look at it zooming past and think, ‘Hey, I should have taken the Metro today,’” said Schorr.

Although a fully public transportation system would have safety benefits, there would be trade-offs, he noted.

“When you start to get into a fully public system,” said Schorr. “You lose the freedom of just being able to get in a car and drive anywhere without anyone knowing where you’re going.”

That seems to be a trade-off that will need to be made eventually. As the Vision Zero plan moves forward, the hope is that there will be systemic change in transportation.

“If you think about campaigns such as Mothers Against Drunk Driving,” said Castle. “They target an individual group, whereas we are hoping to change the system as a whole to make it safer.”

– Text, images and video by Dan Bartels and Sami Rahman.

West Girard Avenue is host to the commercial corridor that runs through Brewerytown. Along these stores runs the historic trolleys that helped commuters travel up and down Girard Avenue daily. Recently, SEPTA announced that it [continue reading…]

Veronica Dunbar has called Brewerytown home for two years now. Originally from Southwest Philadelphia, she grew up in her father’s barbershop, where he worked for nearly 40 years. Surrounded by hairstylists from a young age, [continue reading…]

On the corner of Sepviva and Fletcher lies a shop that is a fitting emblem in modern day Fishtown. Liberty Vintage is more than just a garage and sanctuary for antique motorcycles and cars, it [continue reading…]