Michael Meehan’s first experience with the Philadelphia GOP was riding along with his father as they drove to various political events.

His father served for 30 years as the general council for the Republican City Committee, a position Meehan assumed in 1994 after his father’s death. Meehan’s grandfather served as a Republican party official in the city.

Now, Meehan serves as the chairman of the Philly GOP, a position neither his father nor grandfather held during their 70 years of their involvement in city politics.

A Philadelphia native, Meehan works as special counsel for the law firm Eckert Seamans, where he specializes in government relations, corporate law, real estate and litigation.

In a city where Democrats outnumber Republicans seven to one, Meehan is focused on the issues his fellow Republicans are concerned with, most importantly maintaining and developing good, sustainable jobs.

What made you want to run for the leadership of the GOP?

My family has been involved with leadership in the Republican party for probably 70 years. I haven’t learned any better. Hopefully, my kids do learn better.

Are your kids involved in politics? 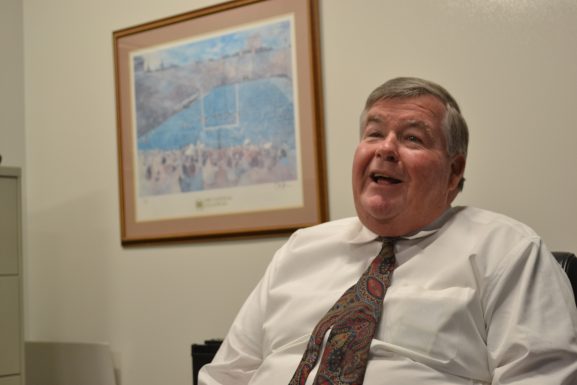 How much did your father and your grandfather inspire you to follow through in their footsteps?

Well, I know my grandfather died when I was five-years-old, so I didn’t really know him other than having been in his company.

My father and I drove around to various political things, probably for 20 years. So, I got exposed to it even as a young child. In the old days, voter registration was not online. You had to go to the registrars’ to register and my father would pack up the station wagon with some of his nine children and drive them from location to location in order to see the people who were bringing the voters to the registrar. That was back in the ’60s and ’70s.

How much have you seen the party change since then?

People want to see the party changing instantaneously and I’m not sure that’s a good thing either. It’s like the federal government. We’re not doing constitutional amendments right and left because, hopefully, we can come to our conclusions without having to go through such extraordinary changes.

What hopes or goals do you have for the party?

To sustain the party because we have to have a voice.

People think that the federal government should be in charge of everything and while the current president – I was not an early supporter of his, I do support him in the fact that he spoke his mind and he basically told people what he’s going to do and people are now upset that he’s actually doing it.

What did you say when people kept asking you, “Why are you going to do this to yourself? Why are you throwing yourself into this hostile, political environment?”

Because I think there’s got to be a voice for both sides of the aisle.

While I do not necessarily agree with my opposition, and I say on the opposite side of the political aisle, on occasion I do.

So, I’m not totally against some taxes because people who are going to work for the government, they’ve got to get paid. Now, what they get paid that’s a whole different story. 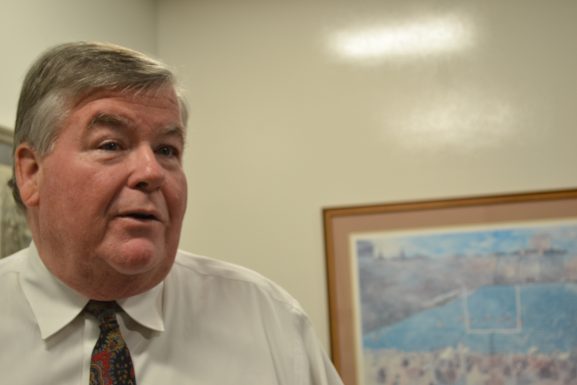 That is a whole different story.

The biggest problem we have today is pensions. The pension system was set up when public employees made nothing, and now that they make something, the pensions get to be extraordinary numbers.

Which policies do you think are affecting everyday Philadelphians the most? Which things are you seeing that you feel are hitting the middle-class families at home?

Well, I think education. Okay. Spending. But then again, you know, many of those same people who perform those duties do not live in Philadelphia. And they’re not obligated. How many times have they done their career working for the city and then moved out? We send their pension checks elsewhere.

It’s all getting exported out of the city.

So, why so many elephants?

My father would collect all the elephants that people would give him and he had over a couple thousand. Once he died, all the kids divided them up and we gave the best ones to our mom. And I ended up with all of these.

You’ve been a Republican your whole life, your family has been involved with it. How is it living as a Republican in Philadelphia of all places?

I stay here because I love it. A lot of people would just get up and move, that’s not me.

-Text and photos by Jon Dowding and Austin Ampeloquio.

City Hall: Al Schmidt Says, “You Don’t Have an Excuse Not to Vote.”

Elections are the foundation of a democratic society. While it might seem as though elections just come together, in reality a tremendous amount of work is required to make them happen. City Commissioner Al [continue reading…]

Nine years ago, De’Wayne Drummond nearly lost it all. A lifelong resident of the Mantua section of West Philadelphia, Drummond had unknowingly fallen asleep in nearly six pints of his own blood at his home [continue reading…]