Philadelphia can be considered the birthplace of American politics. Although Philadelphia held a strong influence over the formation of the United States, politics in the city today remain detached from influencing the national political scene. To understand current Philadelphia politics, understanding the events of 18th century Philadelphia is paramount to feel the city’s passion for intense politics.

According to historians, the Liberty Bell (above) was rung on July 8th, 1776, to mark the public reading of the Deceleration of Independence. Eventually, The Liberty bell was adopted by abolitionist organizations, whom gave the bell its title. The Liberty Bell, located in the Independence National Historical Park, remains as the national symbol of liberty in the United States. 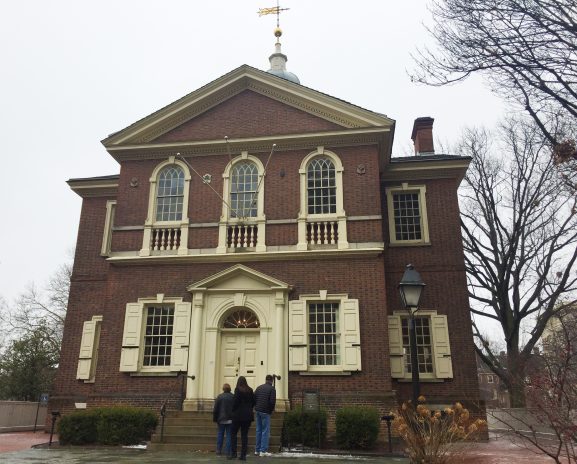 The First Meeting of the Continental Congress

Between September 5th and October 26, 1774, delegates from 12 of the 13 American colonies met to discuss grievances with the English control and vowed to return if concerns were not properly treated. Initially, the delegates met at Carpenters’ Hall prior to meeting inside the better-known Independence Hall. 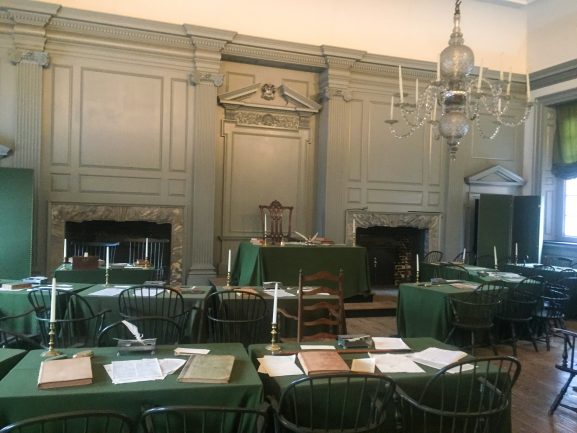 The Second Meeting of the Continental Congress

Meeting inside the Assembly Room of Independence Hall, during the Second Meeting, the Continental Congress approved the nomination of George Washington as Commander in Chief of the Continental Army. Washington’s seat (featured above in the center of the room) is the only authentic artifact that remains from the 18th century. 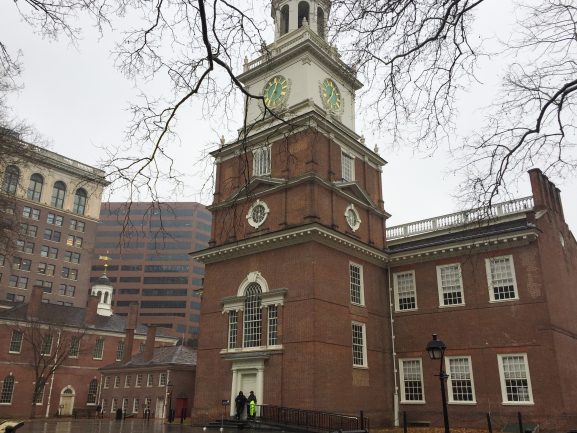 During the late 18th century, Independence Hall was the epicenter of politics for the Founding Fathers. Both the Declaration of Independence and the U.S. Constitution were debated and adopted here. Aside from those signings, The Articles of Confederation, the United States’ first constitutional government, was debated and approved here. 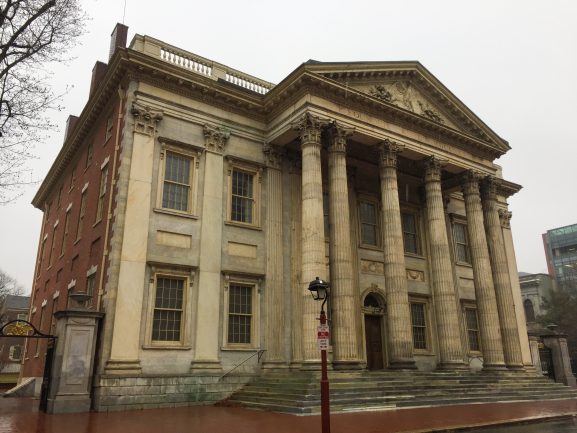 The First Bank of the United States

Proposed in 1791 by the first Secretary of the Treasury, Alexander Hamilton, The First Bank of the United States was founded in order to expand the Federal Government’s influence over the states, pay off debt collected from the Revolutionary War and to establish a central bank with a national currency. The construction of the First Bank was completed in 1797, but  because Congress failed to renew the bank’s charter, the bank was closed in 1811.

-Text and photos by Robert Cochran and Nadage Richards

The new restrictions on voting implemented by Gov. Tom Corbett this spring has sparked some Germantown-area leaders recently to form a coalition for the purpose of opposing those restrictions that they contend are targeted at [continue reading…]

For nearly 30 years, Mayfair residents have been urging the Philadelphia Police Department and the City of Philadelphia to split the 15th Police District. Largely owing to a collaboration between Donny Smith (above), president of [continue reading…]