Paul Glover is an accomplished author, city planner, urban environmentalist, university professor, public speaker and political activist. However, his many titles do not even begin to scratch the surface of his fascinating story.

“Paul is a pioneer in his own right, coming here from Ithaca” said Chris Zelov, who is currently collaborating with Glover on creating Philadelphia’s first eco-district at the University of the Arts.

The project is just one of the long list of many, dating back to Glover’s early days.

“Since childhood, I’ve lived in some beautiful places and found that anywhere I cherished sooner or later was attacked by bulldozers,” Glover said.

As a geopolitical activist, Glover has seen five decades of urban environmental change. In 1966, he began his geopolitical path while in college, writing declarations about the environment and holding community organization meetings.

In Ithaca, in order to promote local spending and bring the community together, Glover personally designed currency, nicknamed Ithaca HOURS. This hourly-based currency, instituted in 1991 and still in circulation today, is the largest and oldest of its kind in America. 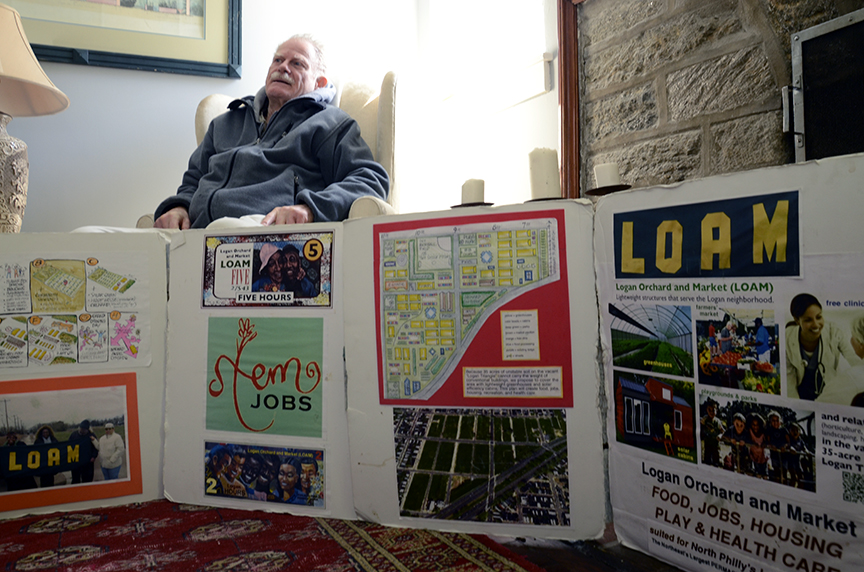 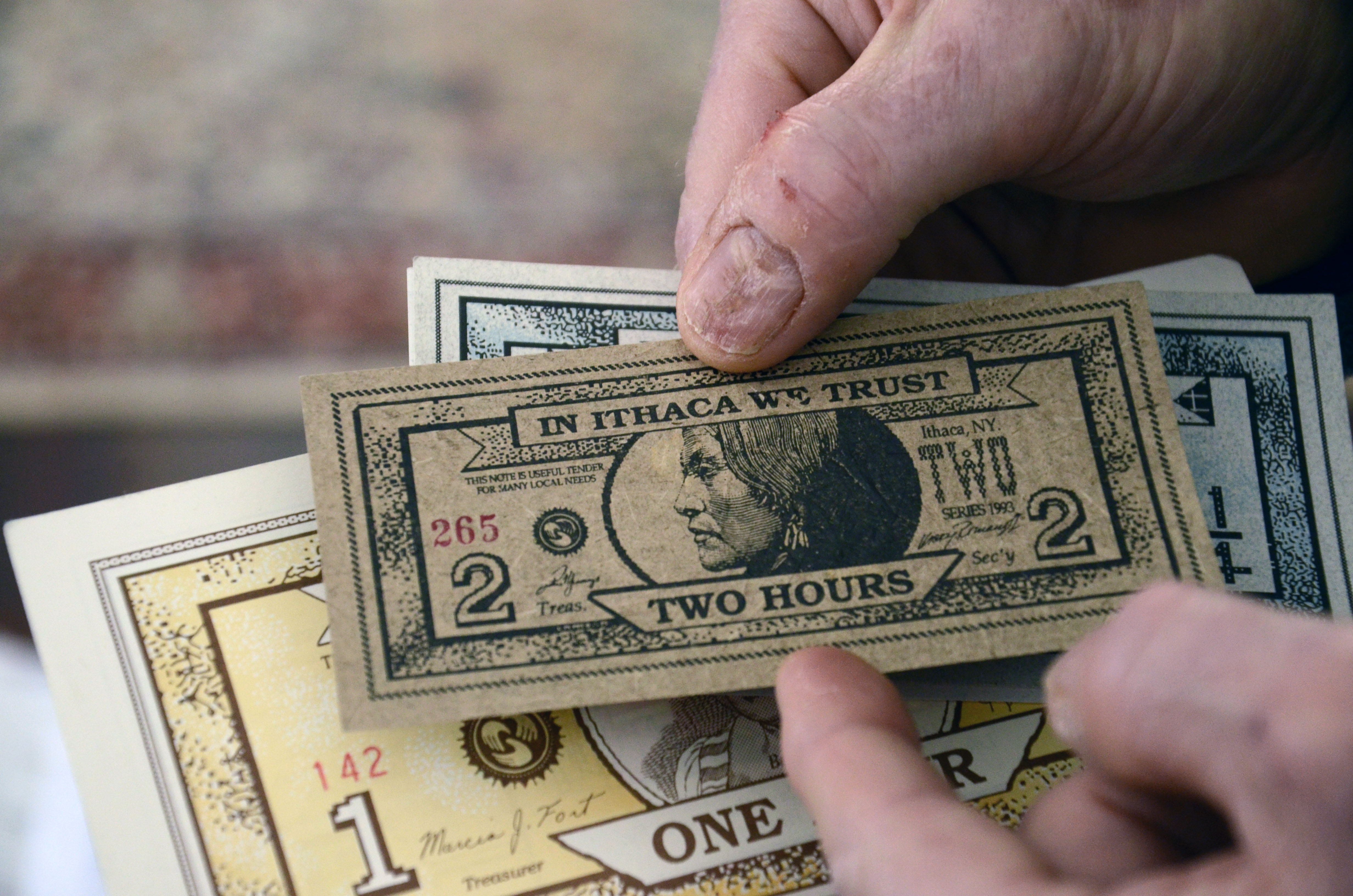 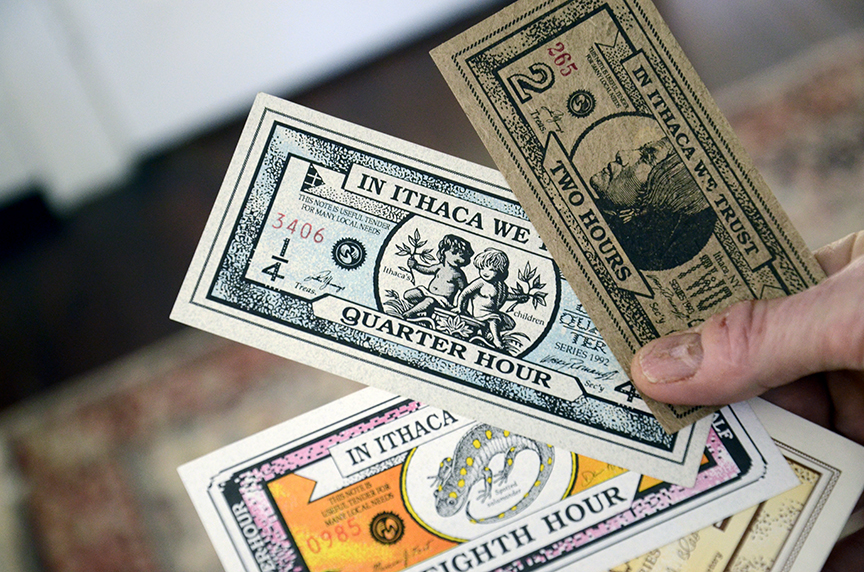 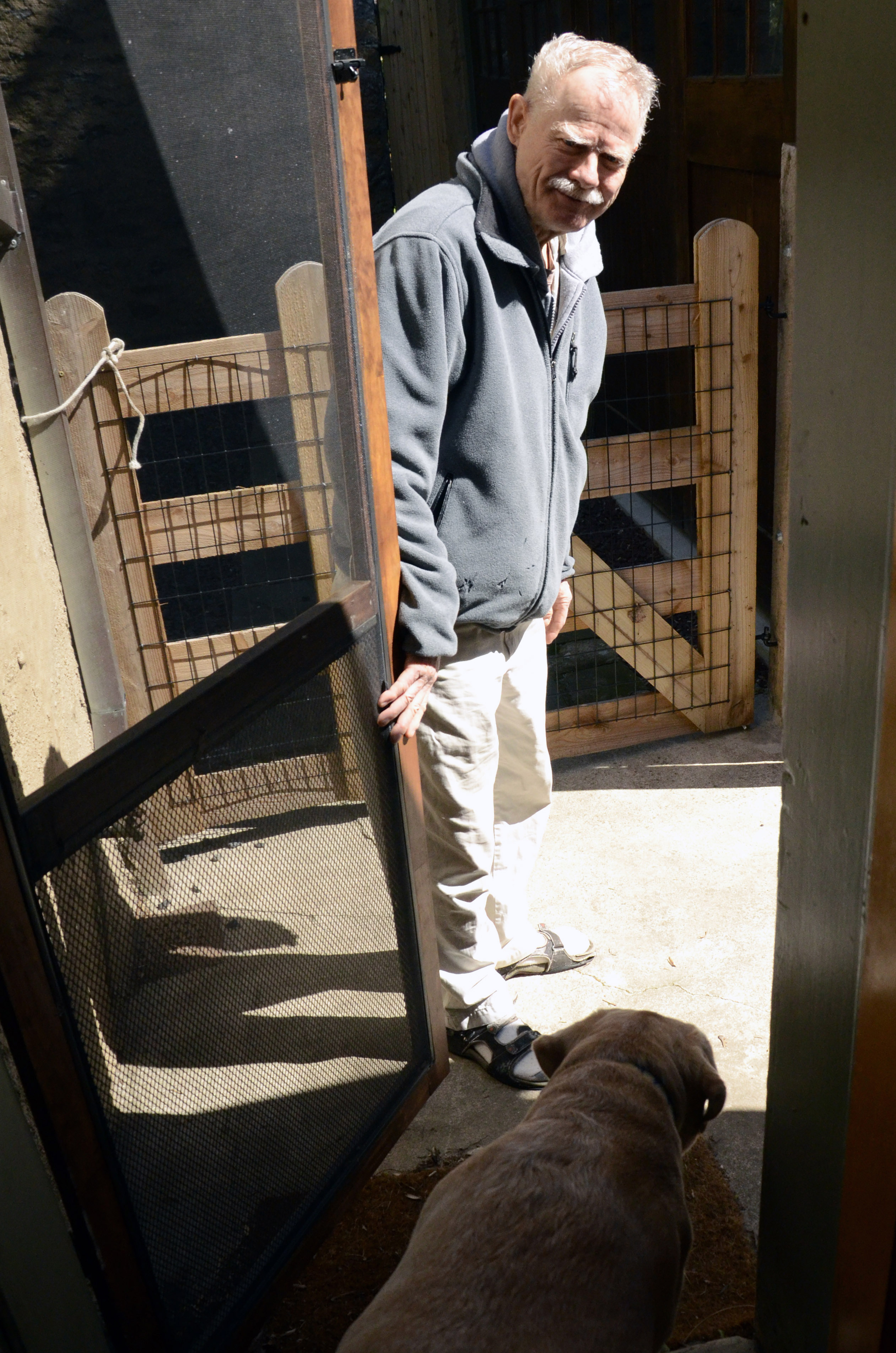 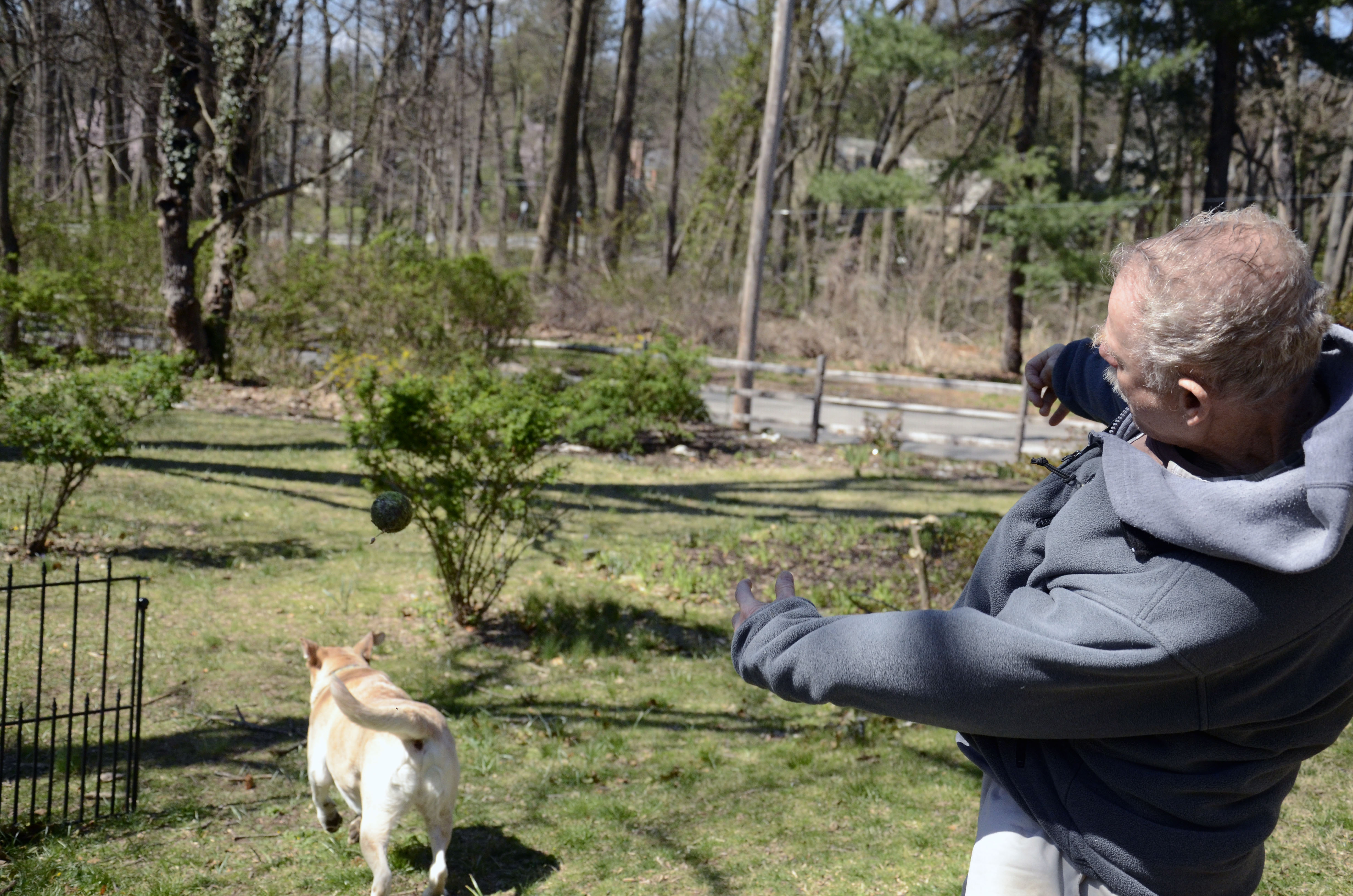 Arriving in Philadelphia in 2005, Glover got to work right away. With his first focus in the city on improving urban living, he proposed a healthcare co-op program, similar to one he had implemented in his previous home of Ithaca, New York.

“Members paid $100 each a year and as we built this, they were covered for 12 categories of common emergency, anywhere in the world, to specified maximum amounts,” Glover said. “I had begun working on it that year and the state of Pennsylvania immediately told me I couldn’t do it. It was outside of the insurance law.”

Going back to the drawing board, he then shifted his efforts to the environment.

Glover is one of the founders of the Philly Orchard Project, which, to date, has planted 52 orchards throughout the city. The orchards provide lower income neighborhoods with fresh produce and green infrastructure in order to combat hunger and create eco-friendly communities. The volunteer based project has gained the attraction of the youth, with teens from organizations such as the Urban Sustainability Leadership Academy helping distribute produce through their neighborhoods. 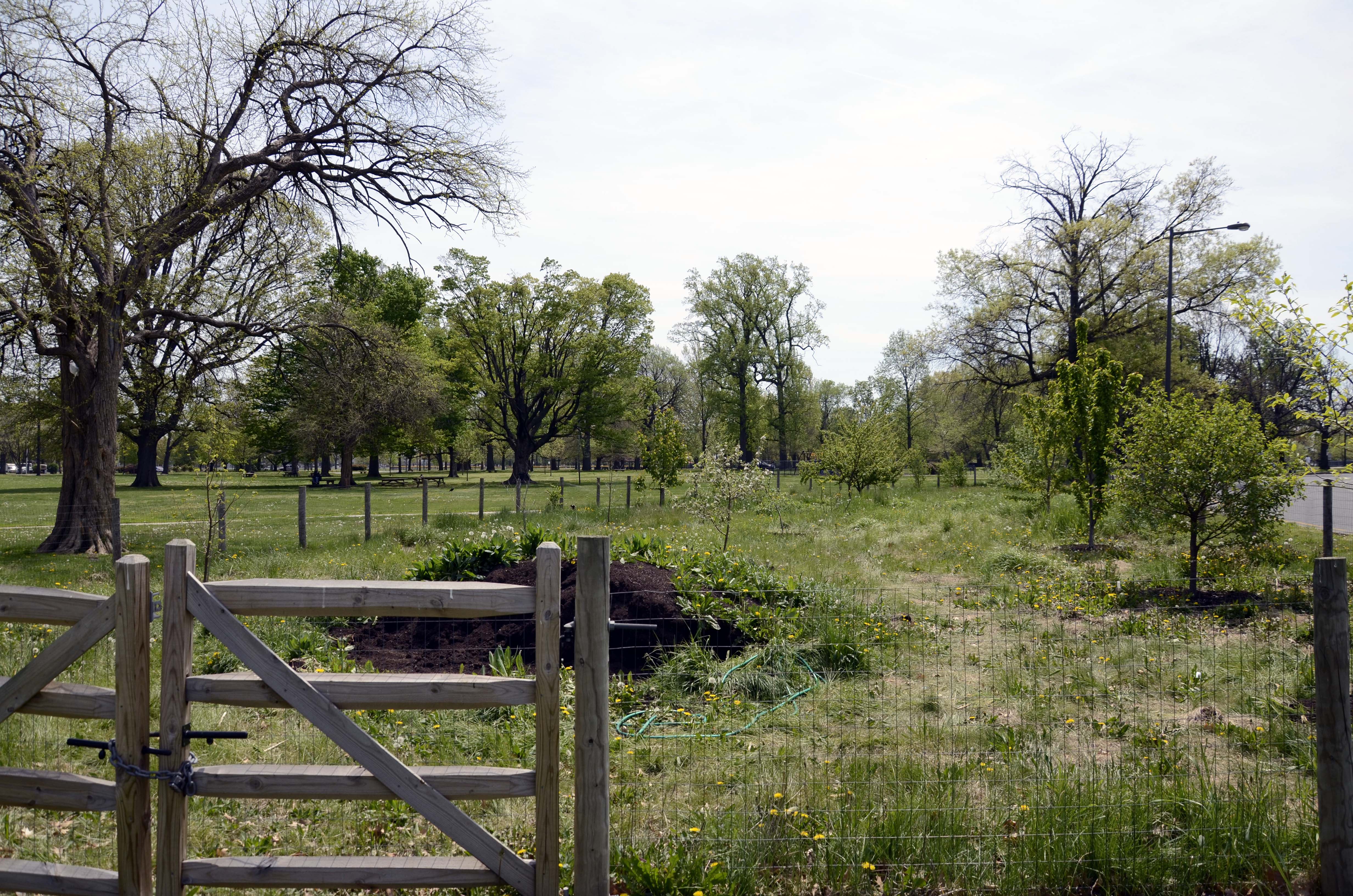 The Logan Triangle, a neighborhood turned wasteland which has remained desolate since the 1980s, has become a 40-acre eyesore. A combination of a gas main explosion and the eroding of coal ash used to cover the old Wingohocking creek caused houses to sink. The ground was deemed unfit for inhabitants and the rest of the homes were leveled shortly after.

Glover, however, sees Logan Triangle as a land of opportunity. What has become a vacant space could be a second chance at rebuilding the struggling Logan community. He mapped out on a poster board what he calls Logan Orchard and Market, a vibrant community center fully-equipped with fruit and vegetable gardens, a market to sell produce, recreational and health care facilities, parks, and “tiny houses” surrounded by urban farmland. 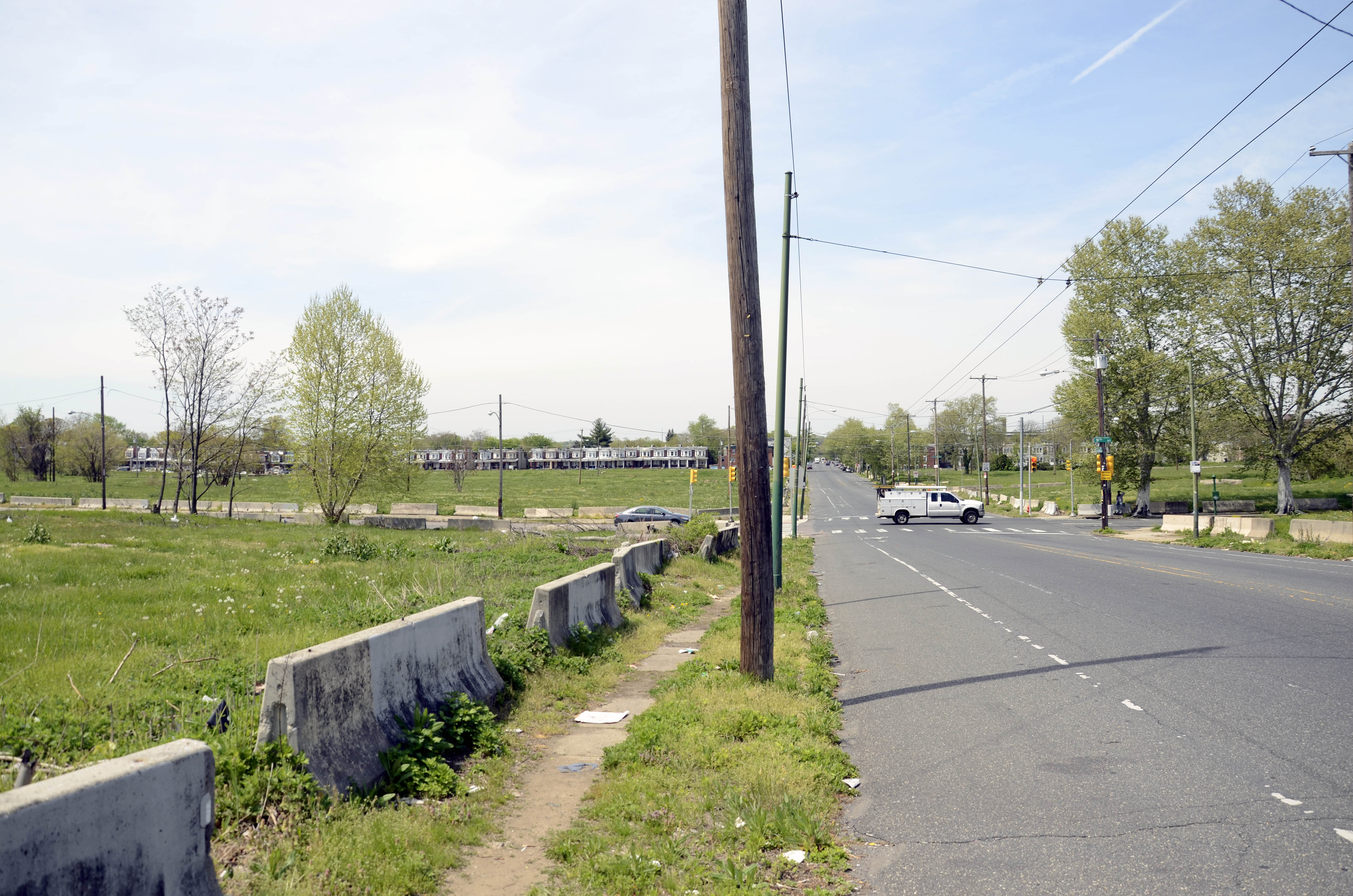 The roadblock preventing Glover’s plans from taking shape is the counter-proposal drafted by the Philadelphia Redevelopment Authority, which would transform the land into a massive shopping center.

“Half of the men in this neighborhood between 18 and 54 are unemployed,” Glover said. “The need for fresh food there, in a food desert, should be a priority.”

To coincide with Logan Orchard and Market, Glover hopes to finally bring his healthcare vision to life with the founding of a Patch Adams Clinic, a nonprofit public health partnership with the famous doctor, activist and clown portrayed in a 1998 biopic by Robin Williams.

The clinic would provide the more than 200,000 uninsured, low-income families with the treatments, doctors, and medicine they deserve. Adams’ Gesundheit! Institute had given permission for the project to come to Philadelphia.

“I have a relationship with Paul that goes back to the Patch Adams free clinic,” said Tom Greene, who began working under Glover as an intern and currently coordinates other urban projects with him. “We were looking for a site and eventually worked on a site at 17th and Allegheny. I went back to school to my internship, continued to work with him on that project in Philadelphia and now I am also involved in the ‘tiny house’ movement.”

Giving back to the community and promoting a rise in the workforce is what motivates Glover, 68, to continue his mission of geopolitical activism that he began so long ago.

“I thought it was an amazing one-of-a-kind opportunity for our city,” said Karen Saillant, referring to the clinic, which Glover spoke about during a lecture series Saillant held. “I’m a native Philadelphian. I was born here 72 years ago and I hope my fellow Philadelphians will gather to help support Paul.”

– Text and Photos by Mario Corsaro and Daniel Pelligrine.

Meet Adam Schreiber, one of the many Philadelphians who has fallen in love with beekeeping. Schreiber got his start with beekeeping nearly eight years ago in 2009 when a friend recommended the hobby to him. [continue reading…]

On Monday, Occupy Philadelphia joined the Earth Quaker Action Team for a non-violent, theatrical protest. Protestors referred to the event as a mass “die-in” and gathered to oppose PNC Bank’s financial support of companies that [continue reading…]