Community involvement is very prevalent in the Fairmount neighborhood. Being an up-and-coming area, many of the residents and business owners have different levels of experience in the neighborhood, but many agree that the residents tend to favor community interaction.

1. Bessie Dosis (above) was a part of the founding efforts of Steven’s Dry Cleaners on the 2000 block of Fairmount Avenue. She has seen three decades worth of changes to the area since the store is one of the oldest facilities on the block. With a golden blond bob and notable giggle, Dosis is known for her specialized embroidery. She can customize almost any piece of clothing to make it feel more personal. With 500 customers a week, the store has reached enough popularity to relocate, but Dosis is not budging.  “I love the people,” said Dosis. “This area is not worth leaving.” 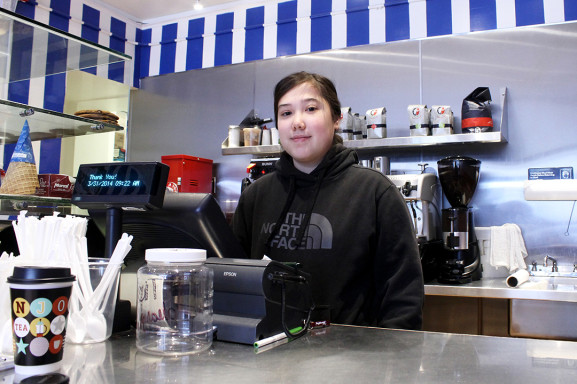 2. Being in the final year of college is difficult, but juggling work makes it that much harder. Dung Nguyen is a 21-year-old Strayer University student who works at Philly Flavors. Although quiet in the winter, the ice cream parlor boasts “lines around the corner in the warmer weather,” Nguyen said. Nguyen’s serves as a cashier for both sections of the parlor: ice cream and pastry. Nguyen enjoys working with ice cream so much that her weekly five days of work does not even faze her. 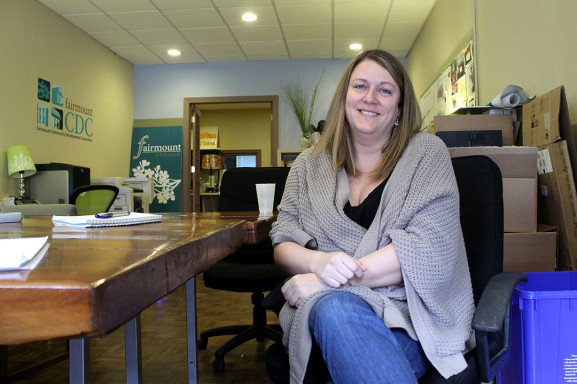 3. Rebecca Johnson is the executive director of the Fairmount CDC. Part of the organization since 2005, she has focused much of her efforts on the revitalization of the West Girard area of the city, both economically and physically. One of her main goals is to involve low-income residents in the revitalization process. “We’re looking at partnering with some workforce development agencies to provide some very hands on … mentoring and training,” Johnson said. 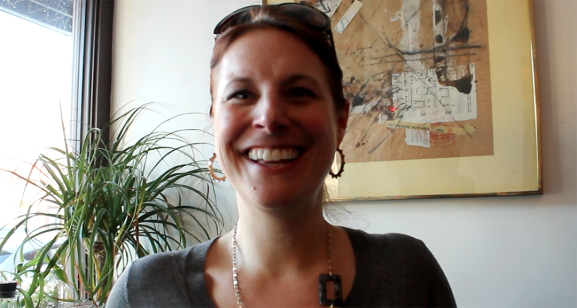 4.  Kristie Bergey has lived in the area for 14 years. Her business, The KB Experience, specializes in marketing and event planning for the commercial real-estate industry. Bergey also serves as a board member for the Fairmount CDC and oversees their marketing and event planning. She currently runs the popular Arts Crawl. As a business owner, she recognizes the benefits of being involved in her community. “If you don’t network and you’re not out there trying to create relationships then … you’re not able to grow,” Bergey said. “I’ve been in business for ten years, and if I didn’t network I wouldn’t be where I am today.” 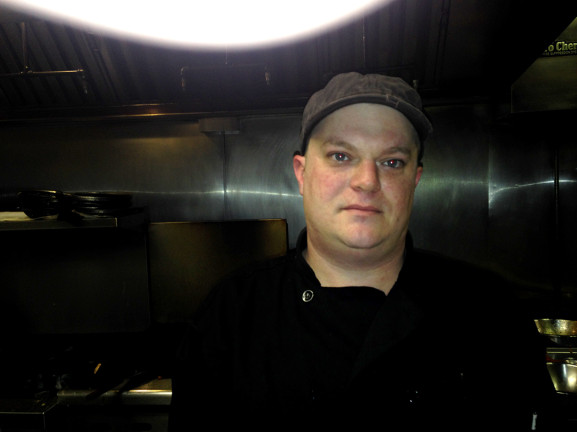 5. Resident Joseph Bardi found a knack for helping out after his boss pushed him to aid a charity event. At the time, Bardi worked at Miller’s Ale House. Bardi, 31, volunteered to give out food for an event for disabled children to understand the feeling of giving back. He did not realize it then, but the event was the Special Olympics. After sharing an afternoon with children, he went on to dedicate his spare time to the children’s cancer organization Alex’s Lemonade Stand and local 5K runs to benefit charities.

– Text and photos by Amber Curtis and Courtney Marabella

Historically, business in Brewerytown has had its ups and downs. The arrival of prohibition in America shut down its booming breweries and distilleries, but industry survived into the mid 1900s. By the 1980s, jobs disappeared and [Read More]

Community gardens are spreading like weeds throughout Philadelphia. These beautiful green spaces ensure sustainable, fresh produce in a concrete jungle and provide a refreshing feel to a metropolitan area. Not only do these open spaces [Read More]

The Fairmount neighborhood was recently bombarded with local artists showcasing their most recent accomplishments. The Fairmount Arts Crawl, which allowed visitors to view and purchase artwork at participating restaurants, celebrated its 10th anniversary on April [Read More]